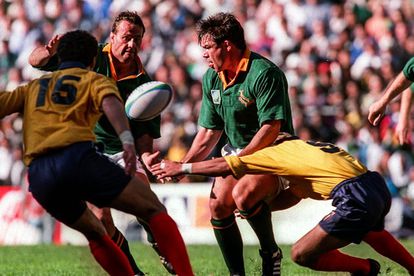 Romania will come into Pool B at the 2023 Rugby World Cup in France after Spain was found guilty of breaching player eligibility regulations. Photo: SA Rugby website

Romania will come into Pool B at the 2023 Rugby World Cup in France after Spain was found guilty of breaching player eligibility regulations. Photo: SA Rugby website

Romania will come into Pool B at the Rugby World Cup in France next year after Spain was found guilty of breaching player eligibility regulations, which cost them their place at the global showpiece.

The Springboks and Romania have faced each other only once before – at the World Cup in South Africa in 1995.

The match – the Springboks’ second of the tournament – was played at Newlands in Cape Town, where a much-changed Springbok side won 21-8, with Adriaan Richter, who captained the hosts for this match, scoring both their tries. Gavin Johsnon added a conversion and three penalty goals.

World Rugby announced on Thursday that an independent judicial committee considering a potential breach of Regulation 8 (eligibility for a national team) has determined that Spain fielded an ineligible player during two Rugby World Cup 2023 qualification matches and has imposed a 10-point deduction and a financial sanction.

– The deduction of five points for each of the two matches in which the ineligible player was fielded by the Spanish union (10 points in total).

– World Rugby Regulation 8 stipulates mandatory financial penalties for breaches of the regulation. The committee imposed the fixed sanction of £25 000 and noted that a suspended sanction of £50 000 relating to a previous eligibility breach during qualification for Rugby World Cup 2019 would be payable.

Spain has a right of appeal within 14 days of the date of the full written decision of the committee.

Spain are ranked 15th in the current World Rugby rankings, with Romania in 17th place.

Kolisi thanks fans as Boks change history in Australia