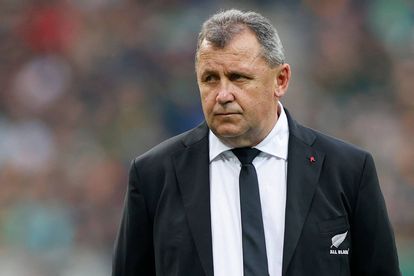 With just over a year until the Rugby World Cup, All Blacks coach Ian Foster has been given the vote of confidence despite poor results. Photo: AFP

With just over a year until the Rugby World Cup, All Blacks coach Ian Foster has been given the vote of confidence despite poor results. Photo: AFP

With just over a year until the Rugby World Cup in France, All Blacks coach Ian Foster has been given the vote of confidence despite poor results.

Below, a look at what the All Blacks and Foster must do, starting with a home Test against Argentina on August 27 in the Rugby Championship, if they are to lift the World Cup for a fourth time.

The All Blacks set-up has resembled a soap opera in recent weeks.

They bounced back from three straight defeats with a stunning win over South Africa last Saturday in Johannesburg. But New Zealand Rugby boss Mark Robinson refused to say afterwards whether Foster would remain in charge.

A few days later, the two sat together in a hastily arranged press conference after Foster was given the nod to carry on for the World Cup.

Robinson admitted of the uncertainty and mixed messages: “Sure, we never get everything right. We feel it’s a new dawn for this team.”

Right or wrong, the decision on Foster has been made, but the saga put nobody in a good light.

Two victories alongside five defeats from their last seven games is an unacceptable record for All Blacks supporters used to their team crushing the opposition.

Foster knows he must win back fans, pundits and media who doubt him.

Good performances and victories are the only way he can silence those who shouted “Foster out” after consecutive defeats at home to the Irish in July.

Home Tests against Argentina before back-to-back ties against under-performing Australia present Foster with the perfect chance to prove that New Zealand were right to stick with him.

But lose and the pressure could become intolerable.

“All I can do is chip away at maybe earning some respect from people who may have a different opinion about whether I should be here,” said Foster.

The lost series against Ireland exposed a need to inject fresh blood in the front row before the World Cup.

Rising star prop Fletcher Newell made his debut in the second Test against South Africa and held his own against the Springboks.

But it took injuries to Nepo Laulala and Ofa Tuungafasi before Newell got his chance.

Newell is one of New Zealand’s best young scrummagers and the All Blacks need to make sure he and promising Highlanders prop Ethan de Groot go to the next World Cup with proper game time under their belts.

LATEST: BIG INJURY WORRY FOR BOKS AHEAD OF TOUR

Former Ireland head coach Joe Schmidt has been promoted from a New Zealand selector and analyst to bring extra zip to the All Blacks attack.

It could prove to be a masterstroke.

“Joe Schmidt has been on my radar for a couple of years,” said Foster.

“We’ve decided to move him from the computer room to put him on the park a bit more.”

With Schmidt’s help, Foster must prove that last Saturday’s win at Ellis Park was no fluke.