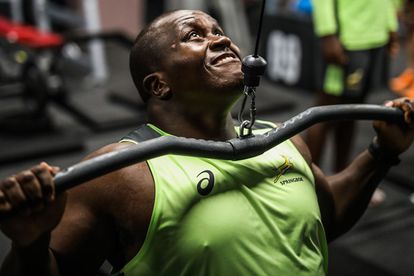 According to RMC Sport, Racing are looking to bolster their front-row depth, with the versatile Nyakane offering options at both loosehead and tighthead prop.

In particular, the French club are aiming to strengthen their options at tighthead, with George-Henri Colombe set to join La Rochelle, while Ali Oz is coming to the end of his contract. Racing are apparently also interested in Toulouse’s Paulo Tafili.

Nyakane has been at the Bulls since 2015, and currently appears to be performing at the peak of his powers.

The affable prop almost deserves another rating point solely for the fact that he featured across both loosehead and tighthead prop this year, with his versatility proving to be a massive trump card for the Boks, particularly when Frans Malherbe suffered a neck injury towards the end of the injury.

It should not be underestimated just how challenging it is to perform to the highest level on either side of the scrum, and yet Nyakane hardly put a foot wrong.

The big man started six Tests at tighthead, while he wore the No 1 jersey on three occasions and formed part of the Bomb Squad in a trio of Tests.

Nyakane’s fitness has improved immeasurably, and he saved some of his biggest performance for the iconic clashes against the British & Irish Lions.

The powerful prop is a true warrior for the Boks, and although he didn’t finish the year with his best outing against England, it was still a standout season for Nyakane as he reached 50 Test caps in a year where he started more often than not.

RATINGS: HOW BOKS PERFORMED IN 2021 – NCHE AND LE ROUX