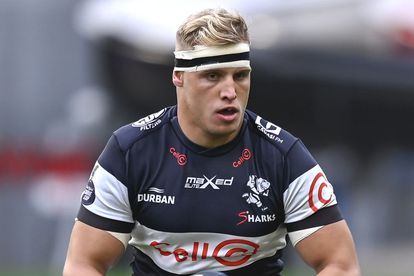 Saracens back-row forward Andy Christie and London Irish scrumhalf Ben White are among those hoping to make a Test debut during the tournament.

Rory Darge, Ben Vellacott and Kyle Rowe have also been included ahead of the Dark Blues’ tournament opener against England at Murrayfield on February 5.

READ | CURRIE CUP ROUND 2: ALL THE RESULTS AND MATCH REPORTS

Bath centre Cameron Redpath, who impressed on debut against England last year, has recovered from injury and is now in contention for the match in Edinburgh.

Hastings, who came off the bench in Scotland’s defeat against world champions South Africa in November, is among the most notable omissions along with Fraser Brown, Sean Maitland and George Horne.

READ | EVER WONDERED WHAT’S THE MINIMUM SALARY FOR A SA RUGBY PLAYER?

Townsend, himself a former Scotland flyhalf, explained the omission of the 25-times capped Hastings, the son of Scotland great Gavin, saying: “We just feel at the moment Blair (Kinghorn) and Finn (Russell) are playing better.

“Adam knows he’s got things to work on, and if he works on them and shows his form, of course the door is still open for him and the others that missed the squad.”

Townsend said he was happy with the players at his disposal.

“When you look through the squad this is the most competitive I’ve seen it in so many areas and that’s testament to the strength and depth we have,” he said.

The recent relaxation of Covid restrictions in Scotland mean Townsend’s men will be roared on by a capacity Murrayfield crowd of 67 000 when they face England in the latest edition of rugby union’s oldest international fixture.

Despite enjoying away wins in behind-closed doors games over England – their first Calcutta Cup triumph at Twickenham in 38 years – and France, the Scots finished fourth in last season’s Six Nations due to narrow home defeats by Wales and Ireland.

“Logic would say that it helped us because we won in London and Paris but we lost two games at home last year,” said Townsend.

“In normal seasons it’s been the other way round. But each game tells its own story and you’ve got to win whether there are crowds or not.”

“But Murrayfield helps us… the reception the players get when they run out onto the field, the anthems, the noise when they are playing well, you don’t get that in any other walk of life,” the former Scotland playmaker added.