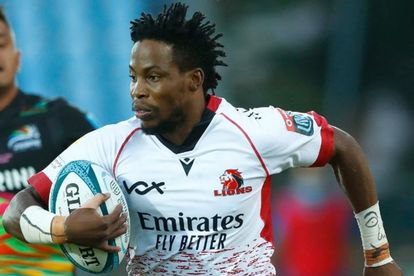 The Lions team will head to Belfast in their final tour fixture of the United Rugby Championship (VURC) to face Irish side, Ulster at Kingspan Stadium on Friday.

Carlu Sadie makes a return to the starting line-up, with Reinhard Nothnagel and Sibusiso Sangweni collecting their first starting berths in the URC.

Nothnagel comes in for the injured Pieter Jansen van Vuren, while Sangweni features in what reflects a few selection rotations in the match 23.

The Lions suffered frustration in Scotland last weekend, coming up short in a match where their opponents were awarded the game’s only try in questionable circumstances.

“There were quite a few aspects we felt we improved on in our performance against Glasgow Warriors last week, and that’s the kind of momentum we want to take into the Ulster game.”

“This is the final game of our 4-week tour so naturally we want to end it on a high,” he concluded.

Wilhelm van der Sluys, Emmanuel Tshituka and flyhalf Fred Zeilinga will all have an opportunity to make their tournament debuts off the substitutes bench on Friday.