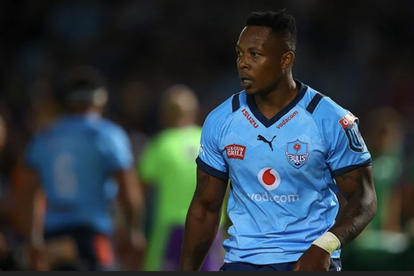 This past week, Springboks wing Sbu Nkosi revealed he has been contending with severe mental health battles after going missing for three weeks.

After disappearing without any word last month, the Bulls were able to confirm on Monday that the 26-year-old had been found “safe and sound”, having ultimately been tracked down at his father’s house in Emalahleni, Mpumalanga.

Bulls Chief Executive Edgar Rathbone spent time with Nkosi “to understand how best the company can provide him with the support he needs, and what that support is”.

At a media briefing on Tuesday, Rathbone further stated that they would continue to assist Nkosi in any way possible, while acknowledging that every effort would be made to ensure the process of identifying and assisting players with mental health issues would be refined and improved.

ALSO READ | RASSIE: EDDIE JONES IS A MAN WHO HAS RUGBY IN HIS HEART!

Bulls coach Jake White has now spoken out about the struggles Nkosi is facing, reiterating the team stance that the talented wing will be given all the time and help he needs.

“It’s been an opportunity for me to readdress the importance of the things that can go wrong in sportspeople’s lives,” said White. “We take it for granted. Young boys earn a lot of money, play at the highest level and we think because of that they have everything together.

“Players are human. They also have problems they’ve got to deal with, they have different backgrounds. We’re very conscious of the fact that he needs time and space and he needs to get his life right. And we will help. The CEO said it and I’m saying it. The Jeppe old boys and anybody who knows him is going to help him.”

Earlier in the week, Rathbone also called on critics, or those taking mental health issues lightly, to undergo some introspection.

“Looking at comments on articles, and social media, it’s quite frightening that stones can be thrown so quickly at someone. I think we all need to look at ourselves, considering that everyone is going through different challenges, we’re not immune to it. We have to have some respect, rugby players are not robots or machines, they’re human beings. And human beings read stuff, and see comments, and they are not immune to it.”

Nkosi joined the Bulls from the Sharks earlier this year at a time when it seemed that he was battling with form and fitness, while also enduring struggles with some off-field issues.

Previous attempts to assist him in finding help for mental health issues also seemingly haven’t worked out as hoped, while it’s evident that his rugby career will now indefinitely be put on the backburner as he prioritises his overall wellbeing.

“We need to give him his space to get back to full health,” Rathbone commented. “We are arranging support and will give him his space. As I said to him yesterday, our goal is to get him back on a rugby field and feeling like a champion again.

“He is an employee of the [BBC] company and being absent without leave for three weeks does have consequences. However, at this stage, we are missing the point if our concern is whether he is going to have a contract at the Bulls or not.”

Nkosi admitted in an interview with Sport24 that he had reached a point where he simply had to take care of his mental and physical wellbeing ahead of anything else.

“Maybe a little effort needs to be put into how the guys manage the wave of emotions that come with the good and bad times. A lot of things are out of your control as a rugby player. You just try to give the team and the coach the best product you can. And that takes your time, energy and a lot of you. It doesn’t always go like we think it will.

“Nobody really teaches us how to manage ourselves, our thoughts and our emotions. It’s harder for the guys that are in tune with their spirit and their emotions…

“I was trying to turn a new leaf with my move to the Bulls and it’s been a bit tougher than I anticipated it to be. I just needed the break because it was getting too much. I felt I needed to get away from everything and everyone. I was worried about [people being concerned about me] but you can’t pour from an empty cup, so I needed to fill mine up.

“I have only good things to say about the franchise. The people there are very good people. It pains me that I couldn’t hold it down for longer. I would have loved to add more to the four games I played in the jersey.