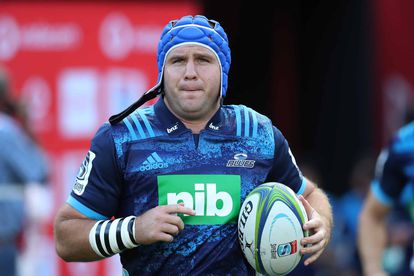 James Parsons of the Blues during the 2018 Super Rugby match between the Lions and the Blues at Ellis Park, Johannesburg on 10 March 2018 ©Gavin Barker/BackpagePix

James Parsons of the Blues during the 2018 Super Rugby match between the Lions and the Blues at Ellis Park, Johannesburg on 10 March 2018 ©Gavin Barker/BackpagePix

The 34-year-old had intended to play in New Zealand’s Super Rugby Aotearoa tournament this year, but has been sidelined for several months after suffering a head injury.

The Blues are yet to announce a replacement.

“For me it’s not about sadness it’s about celebration,” he said in a statement on Thursday.

“I’ve been very fortunate to represent my two home teams The Blues and North Harbour Rugby over 100 times each which is a dream come true, and to play two tests for the All Blacks is something I’ll never forget.”

Parsons made his international debut against Scotland at Murrayfield in 2014 and was recalled for a second Test against Australia in Wellington two years later.

With 115 games for the Blues, he finishes the fourth highest capped player for the Super Rugby team behind Keven Mealamu, Jerome Kaino and Tony Woodcock.

Concussions and their long-term effects have been in the spotlight since former players filed a class-action lawsuit against governing bodies World Rugby, England’s Rugby Football Union and the Welsh Rugby Union.

James Parsons is not the only All Black to have pulling the pin on his career in recent months.