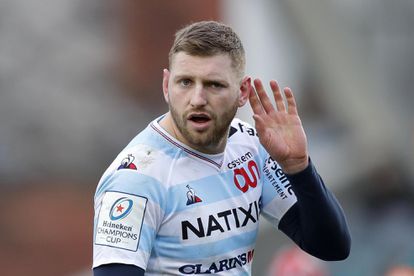 Russell’s contributions came after Racing trailed at half time.

The Scot was able to turn the tide.

“You could call that luck but you earn your luck with what you try and what you put in place,” Racing head coach Laurent Travers told reporters.

The Parisians will host fellow French club La Rochelle next Sunday, but the game will be played in Lens due to a scheduling conflict.

Meanwhile, Toulouse will face Leinster after seeing off Munster on Saturday in a penalty shoot-out.

Faf de Klerk came close scoring a try but the World Cup winner knocked on while attempting to ground after his pick and go from short range, and Sale were left frustrated.

De Klerk was eventually involved in the opening touchdown even if his contribution was a fumbled pass gathered by England centre Manu Tuilagi 15 metres out with the clock in the red.

Tuilagi found space thanks to a kind bounce and could canter in under the posts and while Robert Du Preez’s conversion made it 10-6 at the break.

The English side were 40 minutes away from their first win in France since December 2012 but Russell had other ideas.

Racing quickly took control with two sublime tries to take the score to 23-10 after just nine minutes of the second half.

Russell’s grubber allowed Thomas to gather before kicking the ball again and gathering to score in one movement.

The former Glasgow Warriors playmaker got a little lucky after he put the ball to toe twice before gathering to score in a sweeping movement.

Springboks hooker Akker van der Merwe powered over to get Sale back into the contest.

With the conversion it became a seven-point game with 25 minutes to go. However, France Under-20 scrum-half Nolan Le Garrec made it 29-17 with two penalties.

As time ticked away and Racing’s place in the last four was just about secured anyway, Argentina Pumas winger Juan Imhoff crossed to celebrate his new contract in the French capital with a try.

Ben Curry, claimed a consolation effort for Sale but young full-back Max Spring then cruised over for the hosts’ fourth try in additional time.