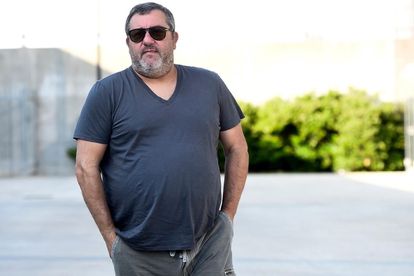 Mino Raiola, who was the agent of players including Paul Pogba, Zlatan Ibrahimovic and Erling Haaland, is understood to have been living with a serious illness since January.

Reports had emerged on Thursday to suggest he had passed away, with Real Madrid even paying their condolences after the reports emerged, but he in fact then took to social media to angrily deny reports that he had died.

Yet, it was believed at the time that he was fighting for his life, and it’s now been confirmed that he has passed away.

A statement from his family posted to social media read: “In infinite sorrow, we share the passing of the most caring and amazing football agent that ever was.

“Mino fought until the end with the same strength he put on negotiation tables to defend our players. As usual, Mino made us proud and never realised it.

“Mino touched so many lives through his work and wrote a new chapter in the history of modern football. His presence will forever be missed.

“Mino’s mission of making football a better place for players will continue with the same passion.”

Earlier in the week, in a dramatic turn of events, the Italy-born Dutch national, one of football’s most powerful and high-earning agents, had poignantly tweeted: “Current health status for the ones wondering: pissed off second time in 4 months they kill me. Seem also able to ressuscitate [sic].”

His statement came after Dr Alberto Zangrillo from San Raffaele hospital in Milan told the news agency Ansa: “I’m outraged by the phone calls from pseudo-journalists speculating on the life of a man who is fighting to survive.”

The multi-lingual football agent worked his way up from humble beginnings, which once saw him work in a pizza restaurant, before going on to become one of the most influential figures in the world game.

He represents the likes of Pogba, Haaland, Ibrahimovic, Romelu Lukaku, Mario Balotelli, Marco Verratti and Henrikh Mkhitaryan, while it was was reported that Raiola earned as much as £20million from the world record £89m sale of Pogba from Juventus to Manchester United in 2016.