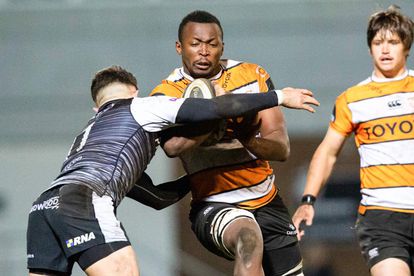 Junior Pokomela of Cheetahs is tackled by Luke Morgan of Ospreys during the Guinness Pro14 match between Ospreys and Toyota Cheetahs at the Gnoll on November 30, 2019 in Neath, Wales. (Photo by Gruffydd Thomas/Gallo Images)

Junior Pokomela of Cheetahs is tackled by Luke Morgan of Ospreys during the Guinness Pro14 match between Ospreys and Toyota Cheetahs at the Gnoll on November 30, 2019 in Neath, Wales. (Photo by Gruffydd Thomas/Gallo Images)

Guinness PRO14 officials have confirmed the fixture schedule for the August restart of the suspended 2019/20 season.

The Five-nation super tournament will resume on Friday, 21 August, with an Italian derby featuring Benetton and Zebre in Treviso.

Cheetahs and Kings not cleared

Resumption of professional rugby has been cleared in Italy, Wales, Scotland and Ireland, but in South Africa there are still several hurdles to clear before play can resume for the Cheetahs and Kings.

“At this point, no dates have been fixed for the Guinness PRO14 derby games between the Cheetahs and Southern Kings,” a statement from organisers read.

“Due to the current conditions of the Covid-19 pandemic in South Africa, both teams have only been allowed to return to non-contact training this week. PRO14 Rugby remains in constant dialogue with SA Rugby and the clubs and aim to identify appropriate dates for the two derbies when possible.”

It seems likely that the Cheetahs and Kings might have to forfeit the remainder of their Pro14 campaigns. The Kings were out of the playoff picture though the Cheetahs still had an outside chance at making it into the latter stages.

Organisers are eager to wrap up the tournament that started in late 2019.

“So far we have been encouraged by the developments that have allowed all of our teams to return to training,” PRO14 Tournament director David Jordan added.

“Thanks to the great efforts of our clubs and unions, the willingness of governments and the support of our broadcasters we now have a fixture list to look forward to.

“Everyone who makes our games possible has had to adapt to a new way of working under the restrictions of the pandemic and the response of all our key stakeholders has been very impressive. With these fixtures now confirmed we are all geared to the safe delivery of these games and to the welcome return of rugby after such a long period without the sport.”

Semi-Finals: To be played on the weekend of 4-6 September.

Finals: To be played on Saturday, 12 September.