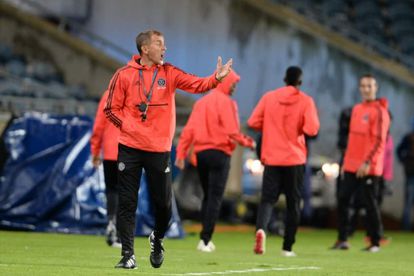 Orlando Pirates will be looking to avoid a slip-up in the Caf Champions League campaign, after being outclassed by champions, Esperance de Tunis at the Stade El Menza on Saturday.

The Soweto giants were out of sorts throughout the entire contest, as they crashed to a 2-0 defeat, their first in the Group B, which sees them slip down to third in the standings with two matches to go.

The match came just three days after another they had faced another titanic duel against fierce rivals Kaizer Chiefs, but coach Milutin Sredojevic says they had done all they could to recover for the clash in the Tunisian capital.

“We entered the match very strongly and did very well until one moment of losing concentration cost us so much in that set-piece,” he said after the match.

“Once you fall down, as we did in the first half, you’re practically forced to put yourself in extra-attacking mode, risking and using more striking forces to try and equalise.

“During the period of looking to equalise, we conceded the second goal which practically put the game beyond our control.”

With the match played behind closed doors, Pirates were expected to have it easier without the hosts’ usually hostile home support, but hardly got in the game as they returned with nothing, while Guinea’s Horoya were triumphant over FC Platinum from Zimbabwe to take up second place.

Sredojevic said the result was an important lesson of how to approach playing away from home.

“For us, we did not lose the match but learnt a lesson on how, in tough conditions away from home, you are supposed to look for better performance and result,” he said.

“We need now to be strong enough and show character by responding in the last two matches in the group stages against FC Platinum and Horoya with determination to qualify for the quarterfinals.”

Orlando Pirates return to league action next week, as they travel to meet Supersport United on Wednesday before hosting AmaZulu three days later.

They resume their CAF Champions League campaign with a home clash against FC Platinum on Saturday, 8 March, and conclude the group stage by trekking up north for a clash against Horoya.