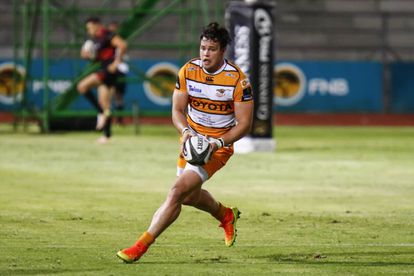 Cheetahs centre Nico Lee was hit with a 13-week suspension on Wednesday after he “cleared the contents of his nose” on to Connacht’s Colby Fainga’a during a Pro 14 game last weekend.

Lee was cited following the incident in Galway under Law 9.27, which says a player must not do anything that is against the spirit of good sportsmanship.

A three-man disciplinary committee concluded that Lee had committed an intentional act of foul play and he was given the lengthy ban that rules him out for South Africa-based Cheetahs until July 21.

That would mean Lee misses the rest of the Pro 14 season, but he is entitled to appeal against the decision.

“With regard to the offence, the player accepted that he had cleared the contents of his nose on to the face of an opposing player, thereby committing an act of foul play,” Pro 14 organisers said in a statement.

The panel, meanwhile, found: “The player’s actions are an act of foul play. They have no place in the game.

“This is not a case of over-exuberance, or an act which is within the rules of the game going awry.

“It follows that by its nature this act is one that is deserving of punishment. It is contrary to the spirit of sport.

“It is difficult to imagine how an act of foul play of this sort could be worse, save for repeated acts or where actual injury is caused.”