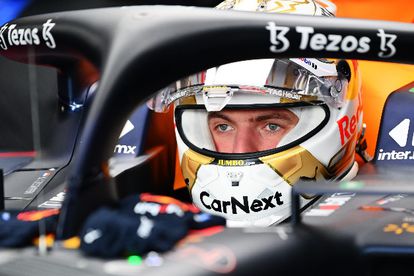 Red Bull’s Max Verstappen was left frustrated after a Power supply issue prevented him from mounting a challenge after making it to Q3.

The reigning world Champion heads into the weekend with a big lead but it hasn’t gone to plan in Hungary.

George Russell took advantage of the chaos to claim his first career pole and become the first Mercedes driver to top qualifying this season.

Red Bull’s Sergio Perez was a shock elimination from Q2 in P11 with the Mexican frustrated to hit traffic on his final effort.

Speaking after the session, Verstappen said: “I don’t know exactly what happened, I drove out of the pits and there was no release and no power in the car, we couldn’t fix it. We tried everything we could whilst out on the track, I‘ll have a chat with the Team and I hope that everything is fixable. It’s frustrating to start in P10 tomorrow after such a positive qualifying, we looked competitive and we had good pace. Although we have a slight point advantage, you always want to start at the front, it’s difficult to overtake here and get through the traffic so we’ll have to be patient. Tomorrow is definitely going to be an interesting one.”

Christian Horner couldn’t imagine a worse day at qualifying but insists the weekend isn’t over for Red Bull.

Horner said: “It was a disappointing qualification. Firstly losing Checo in Q2 after encountering some traffic and then unfortunately Max suffering technical issues. We felt Max had a chance at a pole, he seemed a lot happier than he was yesterday with the balance of the car, however a lock up on the first run of Q3 put him on the back foot and then a power related issue on the 2nd run prevented him from posting a representative lap time. Unfortunately we are out of position in 10th and 11th, we will push hard from there and look forward to the race tomorrow, but in the meantime, congratulations to George Russell on his first ever pole.”