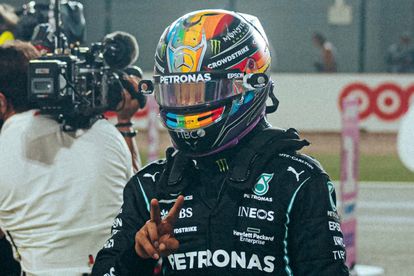 Formula One ace Lewis Hamilton has featured in a Mercedes video to celebrate the Chinese New Year.

The 37-year-old is seen sporting a new haircut alongside new team-mate George Russell in the video which has been posted on Chinese social media platform Weibo.

Hamilton has kept a low profile since seeing his dreams of landing a record eighth F1 title were dashed in cruel fashion last December.

The Briton appeared set to win the final Grand Prix of the season in Abu Dhabi and win the title before the race descended into chaos.

Hamilton and Mercedes were outraged by the events in the desert, with the Stevenage-born star then opting to skip the FIA gala in Paris at the end of the season.

Lewis Hamilton was reported to be mulling retirement

Rumours began to circulate that Hamilton would turn his back on the sport and announce his retirement before the new season.

To date he hasn’t done so.

The first race of what is a record 23-race 2022 calendar is due to take place in Bahrain on Sunday, 20 March.

Lewis Hamilton hasn’t tweeted to his nearly seven million followers or posted on Instagram to almost 27 million fans since 11 December 2021.