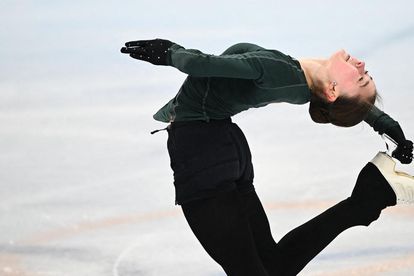 Kamila Valieva finished fourth in the Olympic women’s figure skating final on Thursday after her error-strewn performance handed Russian team-mate Anna Shcherbakova gold, as a doping scandal took its toll on the 15-year-old.

Shcherbakova scored 255.95 to seal the title, while Valieva, who was allowed to compete despite testing positive for a banned substance before the Games, fell several times to slip out of the medal positions in Beijing.

It was a major upset for Valieva, who looked completely broken at the end of her programme.

She had been the clear favourite going into the Games, but a week in it emerged she had tested positive in December for trimetazidine, banned for athletes because it can increase blood flow efficiency and help endurance.

The Court of Arbitration for Sport (CAS) on Monday ruled that she could carry on competing in the Chinese capital.

Dressed in black and red, Valieva looked focused as she powered onto the ice, cheered on by the crowd, as well as a large contingent of her team-mates in the athletes’ stand.

But she failed to land multiple jumps she had completed with ease the week before when she performed the same “Bolero” programme in the team event.

Earlier, Shcherbakova’s clean, elegant skate had pushed her ahead of Sakamoto and Trusova, who included five quad jumps in her routine, though not all were landed safely.

The International Olympic Committee (IOC) had said if Kamila Valieva placed in the top three, no medals would be awarded until “due process” has been followed to decide if she had infringed the World Anti-Doping Code.

But given the results, the ceremony went ahead.

READ | SOUTH AFRICA SENDING NO ONE TO BEIJING 2022 WINTER OLYMPICS

Elections in Kenya: Will young voters appear on 9 August?

SK or Abdul to get naked for ‘The Black Door’: You decide!