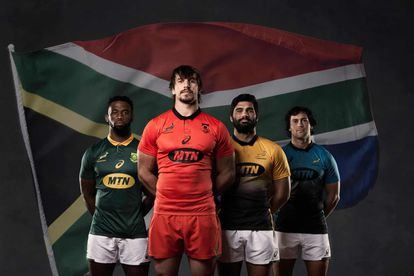 I must first point out that I am one of those that fall into the ‘pro-Jake’ camp. He single-handedly transformed the Springboks from a rabble into world-beaters and then delivered on his ultimate performance promise: the 2007 Rugby World Cup trophy. He is known as a ‘Turnaround Merchant’ after stints at the Brumbies, Sharks and Montpellier.

But after reading his latest piece, I did wonder if Jake was feeling a bit left out of the news recently?

After being unceremoniously dumped by Montpellier, poor Jake’s stock has plummeted; he’s now at Toyota Verblitz, in a Japanese town that’s their equivalent of Kimberley.

It’s hard to disagree with Jake’s sentiments that a red-jerseyed Springbok (is it red? Looks more deep tangerine to me) is effectively ‘doing a Puke Watson’ on the iconic brand.

“It’s a marketing tool to sell more jerseys…we can’t sell the green and gold jersey, and we need to turn it red to sell it…”

But he must have a poor memory as in 2006 he presided over a team wearing a dark green and no-gold jumper with a different emblem, and blue shorts. Yes, it was a test in Dublin to commemorate the centenary of Paul Roos’s team, the first to be known as the Springboks.

Like the test in Salta, it was an away game, because SA Rugby knows it would never float in a home test. Never! Those jumpers went on sale in 2006 – were they not a marketing gimmick to sell more jerseys in a season where the Boks were nothing short of WOEFUL?

The way he makes it out to be a long-term play is misleading. While believing anything SA Rugby says is often enough to question your own sanity, it’s hard to accept that this will be ongoing. And they could have picked blue, or yellow, or black. But they picked red(ish) as it is a far more emotive colour.

According to Jake, “the All Blacks haven’t changed the colour of their jersey.” Untrue. They played in the 2007 World Cup in grey against Scotland and France. And looking further afield, England played in charcoal once in the 2011 World Cup, the Wallabies played a centenary Test in 1999 in light blue and they are also playing this year’s Bledisloe Test in Brisbane in an indigenous jumper. The list goes on.

In explaining how the one-off nature of the red jersey is deceptive, Jake actually wrote this:

“Next we’ll be making exceptions so a guy can play for South Africa with a ponytail.”

Jake does make some good points about measuring the performance of administrators similar to the players. But then I almost spat my coffee out when he said he respected ARU CEO Bill Pulver for resigning and that he was “brave” to expand the competition, even though it didn’t work.

Talk to any Aussie and this is what they’ll tell you:

1) Pulver had ZERO sports administration experience and was hired because he was best buds with former ARU Chairman, Michael Hawker. “Jobs for the boys, mate!”

2) Pulver pulled a ‘Boris Johnson’ and a ‘Nigel Farage’ by resigning directly after cutting the Force, leaving others to deal with the fallout. What a weak prick.

3) It is publicly known that Pulver knew at the time of both expansions – in 2011 with the Rebels and in 2016 to 18 teams – that the competition was going to fail. They chose short-term financial gain (TV rights) over long-term product.

Again, I’ll reiterate that Jake is someone I have a lot of respect for and his articles hit the mark often. And while it will be strange to see the Boks in red, I think this time, given his very weak arguments and mention of the word “ponytail”, Jake has got it horribly wrong.