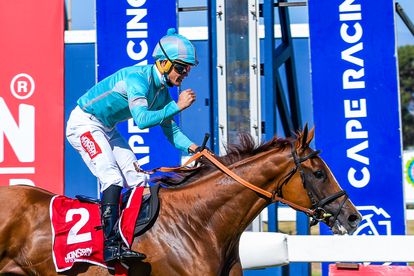 The updated ante-post betting ahead of the Grade 1 Hollywoodbets Durban July to be contested at Hollywoodbets Greyville on Saturday, 2 July has seen some significant changes.

This year will be the 126th running of the Durban July

Hollywoodbets have set the pace by opening the ante-post betting for the big race which is now just 50 days away.

The new favourite is Justin Snaith’s Grade 1 Jonsson Workwear Cape Derby champion Pomp And Power who is on offer at 7/1.

Linebacker, from the Vaughan Marshall yard, is next best at 10/1 followed by three horses – Kommetdieding, Rain In Holland and Sparkling Water – all at 25/2

Kommetdieding, known as the ‘people’s horse’, is the defending champion. He’s owned by Ashwin Reynolds and is trained by the father-daughter duo of Harold Crawford and Michelle Rix.

Jet Dark and Zapatillas can both be backed at 16/1.