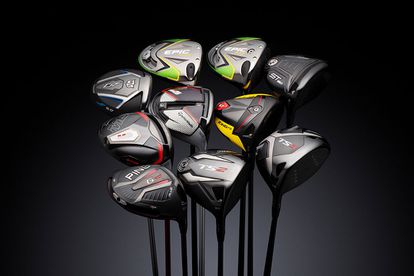 Top-level golf tournaments will be given the option of imposing a 46-inch limit on club length in an attempt to restrict driving distances.

Top-level golf tournaments will be given the option of imposing a 46-inch limit on club length in an attempt to restrict driving distances.

Top-level golf tournaments will be given the option of imposing a 46-inch limit on club length in an attempt to restrict driving distances – a move that could curb players such as big-hitting Bryson DeChambeau.

PICTURES | ARE THESE THE MOST PATRIOTIC GOLF SHOES YOU WILL EVER SEE?

The 2020 US Open winner, known for his prodigious distances off the tee, has previously practised with a 48-inch driver.

Phil Mickelson, who used a 47.9-inch driver when he won the PGA Championship earlier this year, branded the proposed rule change “pathetic” in a tweet in August.

Following the announcement, Mickelson had more to say – and tweet.

Stupid is as stupid does. Mrs Gump,” he wrote on Twitter.

By limiting club length is one way the game’s lawmakers believe advances in the distance of ball-striking can be kept in check.

The R&A and the US Golf Association (USGA) announced proposals to limit clubs to 46 inches in February.

WATCH | THIS LEOPARD DID NOT LIKE THE TEE SET-UP AT SKUKUZA GOLF CLUB!

They confirmed on Tuesday that this will be an optional choice as a “model local rule” for tournaments at professional or elite amateur level. It excludes putters.

The R&A, based at St Andrews in Scotland, and USGA have announced the new rule will be available from January 1, 2022. The two bodies govern the sport of golf worldwide,

Martin Slumbers, chief executive of The R&A said: “We have taken time to consult fully with the golf industry, including players, the main professional tours and equipment manufacturers, and have considered their feedback carefully.

“We believe this is the right thing for the game at this time and it will provide tournament organisers with the flexibility to choose for themselves within the framework of the rules.”

USGA chief executive Mike Whan said: “Admittedly, this is not the ‘answer’ to the overall distance debate/issue but rather a simple option for competitive events.

“It’s important to note that it is not a ‘rule of golf,’ and as such, it is not mandated for the average, recreational golfer. Rather, this is an available tool for those running competitive events.”

Further proposals relating to the testing of golf balls and the “spring-like effect” on club faces remain under consideration.