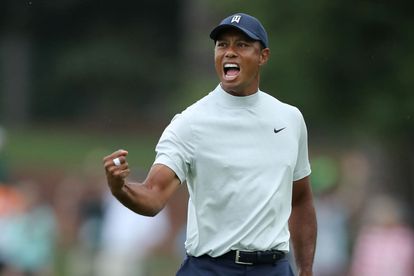 Tiger Woods practiced at Southern Hills on Sunday ahead of this week’s PGA Championship which starts on Thursday. Photo: David Cannon/Getty Images.

Tiger Woods practiced at Southern Hills on Sunday ahead of this week’s PGA Championship which starts on Thursday. Photo: David Cannon/Getty Images.

Tiger Woods practiced at Southern Hills ahead of the PGA Championship on Sunday, where he said he was “a lot stronger” than he was in his return from severe leg injuries at the Masters, Sports Illustrated reported.

The US superstar defied expectations when he teed it up at Augusta National in the first major of the year in April, little more than a year after he suffered severe leg injuries in a rollover car crash in California.

The 15-time major champion finished 47th in the Masters, but said completing 72 holes on the hilly Georgia course ranked among his greatest career achievements.

“I’ve gotten a lot stronger since the Masters,” Woods told a gaggle of half a dozen reporters during his nine-hole practice round at Southern Hills, Sports Illustrated reported.

Woods said the Monday after the Masters “was awful” but on Tuesday he was back in the gym working to strengthen his leg.

“So we went right back after it,” he said.

Woods, 46, won the 2007 PGA Championship at Southern Hills for his 13th major title.

He had already returned to practice at the course a few weeks ago to see what changes a significant course renovation in 2019 had brought.