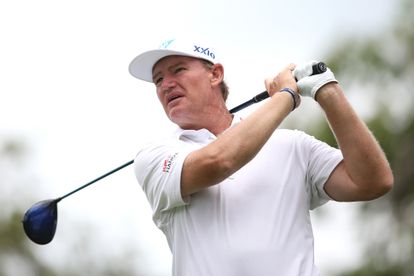 Ernie Els will lead an incredible field of Major winners and former champions of the Alfred Dunhill Championship when this prestigious €1.5 million tournament is played at Leopard Creek Country Club from December 8-11.

Els, a four-time Major champion and former world number one, returns to Leopard Creek as the winner of the 2005 Alfred Dunhill Championship and runner-up in 2007.

The South African will be joined in this Sunshine Tour and DP World Tour co-sanctioned tournament by former Masters champion Charl Schwartzel, who is a record four-time winner of the Alfred Dunhill Championship and also has four runner-up finishes in the tournament.

Schwartzel also holds the record for the biggest margin of victory in the tournament with his 12-stroke triumph in 2012 as well as the lowest tournament total of 24-under par that same year.

Louis Oosthuizen, the 2010 Open champion, adds to the Major winners in the field and is seeking his first Alfred Dunhill Championship title after coming close with a second place in 2005.

Alfred Dunhill has significant impact outside of the ropes

South Africa’s top amateurs will also compete led by current number one Yurav Premlall, who together with Aldrich Potgieter, winner of The Amateur this year, Kyle de Beer and Christiaan Maas make up four of the top five players on the current GolfRSA rankings.

The Alfred Dunhill Championship continues to have an equally significant impact outside of the ropes.

One of the primary beneficiaries of Alfred Dunhill’s proud history in golf is the South African Golf Development Board (SAGDB).