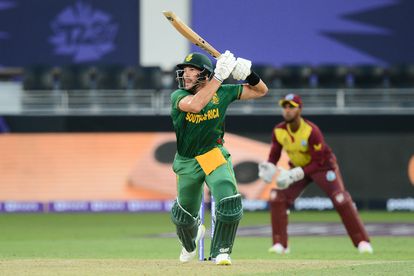 Plenty of praise needs to go the way of Rassie van der Dussen, who finished the tournament as South Africa’s leading run scorer with a tally of 177 at an average of 59.

Yet, he was followed closely by Markram (162 runs at an average of 54), with the big-hitting right-hander emerging as one of the Proteas’ most explosive batsman at the showpiece event.

It wasn’t long ago that Markram was seen to be best suited to Test match cricket, and yet he has increasingly evolved into a highly effective red ball cricketer.

The 27-year-old started the tournament with a well played 40 under immense pressure against Australia, while he powered his way to an unbeaten 51 off just 26 balls in the next game against the West Indies.

Although he misfired against Sri Lanka and Bangladesh, he ended the tournament with a sensational 52 not out against England, this time with a strike rate of 208.

Batting in a somewhat unexpected position at No 4, Markram emerged as one of the Proteas’ standout stars.

If being drawn in the “group of death” wasn’t tough enough, the Proteas then had to face unexpected off-field pressure when CSA issued a directive instructing player that they had to take a knee in solidarity of the BLM movement.

No one knows why this stance wasn’t communicated before the tournament, but the belated notice resulted in star batsman Quinton de Kock withdrawing from the team on the eve of the crucial second match against the West Indies.

Despite this unwanted distraction, the Proteas responded with an important victory, but what was even more impressive was the manner in which Bavuma handled the matter.

The quietly-spoken captain dealt with the issue maturely and calmly, ultimately serving to pour cold water on what could have sparked into a wildfire of controversy.

In the end, a resolution was found with De Kock, but it was Bavuma who truly enhanced his credentials as a powerful leader who boasts a presence about him.

Considering the nightmare scenarios that have played out for the Proteas at past ICC events, it was once again another cruel twist of fate that saw archrivals Australia progress to the semi-finals ahead of South Africa due to a superior Net Run Rate.

It was also Australia who clinched victory over the Proteas in the opening game where the South African batting lineup malfunctioned dramatically.

On that occasion, the Proteas only managed a measly 118 runs, but matters actually started to go awry in terms of Net Run Rate when they only managed to beat Bangladesh with 39 balls remaining despite the fact they were only chasing 84 (with the run rate achieved only 6.37).

Even in the final clash against England, the Proteas did well to reach 189/2, but they lacked the bravery and execution required in the initial Power Play overs to really put themselves in a position where they could have achieved the necessary Net Run Rate to progress.

It might seem harsh to pick apart the Proteas’ batting to such an extent, but the inability to set the pace and go for broke when needed ultimately proved extremely costly.