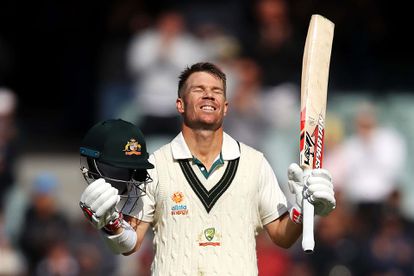 Australian opener David Warner appears to have the backing of Australia’s selectors despite failing in the first Test against South Africa. Photo: Mark Kolbe/Getty Images

Australian opener David Warner appears to have the backing of Australia’s selectors despite failing in the first Test against South Africa. Photo: Mark Kolbe/Getty Images

Australian opener David Warner plans to attend the state funeral of his childhood idol Shane Warne later this month, but he says it will take time to get used to the legendary bowler’s passing.

Warne died following a heart attack while holidaying in Thailand last week, and his death has shaken the Australian team, who are currently touring Pakistan.

“It still hasn’t really sunk in,” said Warner ahead of the second Test starting in Karachi from Saturday.

“When we first found out, we thought it was a joke.”

Warner said he will head home after the third Test, in Lahore starting March 25, as he was not part of the subsequent limited overs series.

Warne’s state funeral is scheduled for Wednesday, 30 March, and Warner said: “I will be there, 100 percent.”

“It’s definitely going to be extremely emotional for everyone. There will be lots of people paying their respects,” he said.

“You just look at the tributes from around the world – he has touched millions and millions of people, and from different countries.”

“As a kid, I had his poster up on the wall. I wanted to be like Shane.”

Still, Warner has attracted fans of his own in Pakistan, where Australia are touring for the first time since 1998, having declined to visit previously on security grounds.

The nuggety opening batsman has amused the crowd by showing off his dance moves to music played between overs or accompanying the spectators in their chants.

“If I’m not playing in the middle where I’m batting, I like to engage with the fans.”

Warner acknowledged the Australians wanted to win over the Pakistan fans after such a long absence.

“I’ve got nothing but great words to say about the place,” he said.

‘Mesmerised by her eyes?’: Musa Mseleku on Babes Wodumo [watch]