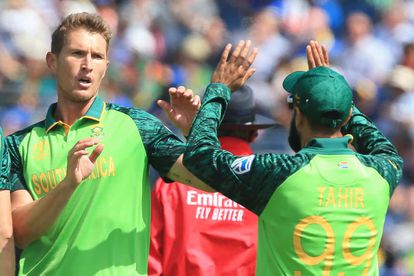 South Africa’s domestic cricket system has been the subject of much criticism as the Proteas reel from their joint-worst performance at a World Cup and changes are afoot.

The top players themselves are uncertain if Cricket South Africa’s proposed restructuring of the game will actually deliver greatly improved performances.

CSA want the domestic game to shift from being based around six franchises to utilising 12 professional provincial teams, a move opposed ply player’s union SACA. Ironically more teams does not mean more professional players, in fact, the number of players who would be able to play full-time professional cricket is expected to drop under the new system.

The South African Cricketers Association (Saca) announced it would be taking Cricket South Africa (CSA) to court over the governing body’s decision to restructure domestic cricket on the eve of the World Cup. The proposed restructuring is designed to stave off an expected R650-million loss that running domestic cricket will incur for CSA.

“SACA’s application to court follows numerous, unsuccessful attempts by us to get CSA to address our concerns relating to the financial situation in cricket. It also follows clear breaches by CSA of SACA/CSA agreements in taking the decision to restructure domestic cricket” said SACA President, Omphile Ramela said in May.

“The restructuring decision will have serious implications for the players and for the game in South Africa. The lack of proper engagement with SACA before making this decision has left us with no alternative but to approach the court to challenge that decision.”

“SACA’s application has been filed in the South Gauteng local division of the High Court under case number 18985/2019,” said SACA Chief Executive, Tony Irish. “It also calls on CSA to deliver to the court, and to SACA, documents and records which CSA relied upon in making the decision to restructure domestic cricket.”

“CSA will now need to decide on whether or not to oppose our court application and if it opposes, it will need to file answering papers and SACA will have the right to reply to those. We expect that the legal process, which culminates in the hearing of our application in court, will take about three to four months” concluded Irish.

One of the top franchise performers over the last season has been Dwaine Pretorius, who defended domestic cricket saying it continues to produce world class players like his Lions teammate Rassie van der Dussen.

“There has been a lot of negative things said about it (domestic system) during this World Cup, and I find that quite interesting. If you look at a player like Rassie, he purely played franchise cricket until a year ago, and he has set the world alight,” Pretorius said after taking 3/25 to help the Proteas to victory over Sri Lanka.

“He learnt his trade there, and he has come here and done well.

“I think it’s important that players sometimes do spend time in that environment to know their games like he does. He doesn’t look out of his depth at all, because he knows his game.”

Despite his unreserved support for the domestic game Pretorius was not so keen to throw his weight behind CSA’s proposed changes to the game, which many see as a backwards step.

“Our system is, unfortunately, going to change a bit. It is interesting to see how things go, and what the quality is going to be like now that they’re going back to 12 teams. Ask me that question in 12 months’ time.”

It remains unclear if player’s will be able to join county cricket teams in England under Kolpak rules when Brexit takes full effect but there are fears that the new system might undermine talent development at a base level with fewer players able to rise to the top. This may cause some talented young cricketers to seek alternative routes into the professional game, such as ‘amateur’ club cricket in England and Grade cricket in Australia.