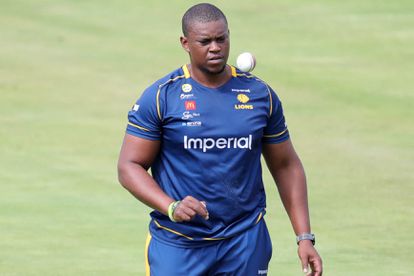 Proteas fast bowler Sisanda Magala has failed a fitness test and has been ruled out of the upcoming three-match ODI series against Bangladesh. Photo: Samuel Shivambu/BackpagePix

Proteas fast bowler Sisanda Magala has failed a fitness test and has been ruled out of the upcoming three-match ODI series against Bangladesh. Photo: Samuel Shivambu/BackpagePix

Prior to the start of the series against Bangladesh, fast bowler Sisanda Magala failed a fitness test and has been ruled out of the upcoming three matches.

Magala’s absence is the only change to the Proteas’ ODI squad which beat India 3-0 in January.

In that series Magala struggled, taking just two wickets in the two matches (second and third ODI) he played. He also went for close to 7.4 runs per over.

Cricket South Africa (CSA) confirmed Magala had failed a fitness test, without specifying what test he had failed to meet requirements, but Bavuma has provided more insight into the matter.

“I really don’t think there’s much of a discussion to be had around that,” Bavuma said.

“The matter of fitness tests is something that’s made aware to all cricketers within our system and everyone knows what they need to do to make themselves eligible from a fitness perspective.

“With Magala, he knows he can only point the finger at himself and as a captain, I’m disappointed that I don’t have him at my disposal.

“I think he can accept that it is his own doing, even though I’ve been told there’s a lot more good he’s been doing to improve his fitness. At this point in time, he’s not at the eligible fitness level.”

THE PROTEAS SQUAD AS IT LOOKS WITHOUT MAGALA: