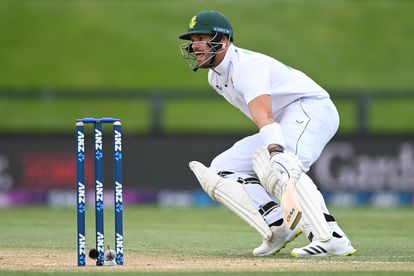 It will be interesting to see if the Proteas back Aiden Markram for the first Test against England. Photo: Andrew Cornaga / www.photosport.nz / BackpagePix

It will be interesting to see if the Proteas back Aiden Markram for the first Test against England. Photo: Andrew Cornaga / www.photosport.nz / BackpagePix

The Proteas suffered a heavy defeat in a four-day warm-up against the England Lions in Canterbury last week, which formed part of the preparation for the highly-anticipated start of the Test series this coming week.

It’s also been confirmed that fast bowler Duanne Olivier has been ruled out of all three Tests due to a grade 2 right hip flexor muscle tear. Olivier sustained the injury during the tour match in Canterbury.

Although it is a big blow for the Proteas, the absence of Olivier could somewhat ease up a possible selection headache, while it increasingly seems that Kagiso Rabada will be cleared to play.

Looking ahead to the first Test, this is how we think the Proteas could line up:

When it came to Olivier, Proteas team doctor, Dr Hashendra Ramjee explained: “Duanne presented with significant discomfort involving his right hip flexor muscle at the close of play on day three of the four-day tour match. After clinical assessment, he was referred for an MRI scan which revealed a grade 2 tear involving the right pectineus muscle.

“Due to the extent of the injury, he has been ruled out of the three-match Test series against England and will return home where he will commence his rehabilitation with the Gauteng Central Lions medical team.”

Notably, no replacement has been named.

Earlier this month, it was also confirmed that Rabada had been ruled out of the T20 series against Ireland following a review of his left medial ankle injury by the Proteas medical team.

He will continue medical management and rehabilitation and his progress will be closely monitored in preparation for the upcoming three-match Test series.

“I hope [he’s available], he’s come on well. I think the one concern is always maybe his loads. But he’s a great athlete and his body seems to have recovered nicely,” coach Mark Boucher told reporters on Monday.

“He’s not feeling too much pain, he’ll have his final test to find out how he’s going but, I’m hoping he pulls through, he’s a massive player for us as we all know, so for him to be a part of the final XI will be very special for us.”