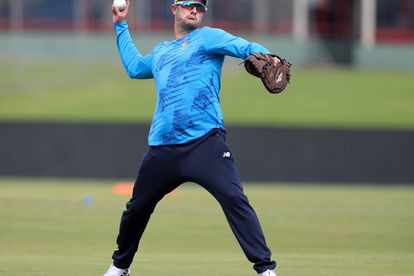 Proteas coach Mark Boucher says he is satisfied with the 2-2 draw in the recently concluded five-match T20 series in India. Photo: Samuel Shivambu/BackpagePix

Proteas coach Mark Boucher says he is satisfied with the 2-2 draw in the recently concluded five-match T20 series in India. Photo: Samuel Shivambu/BackpagePix

Proteas coach Mark Boucher says he is satisfied with the 2-2 draw in the five-match T20 series in India.

The visitors won the first two matches, but were outplayed in the next two encounters before the series-deciding clash in Bangalore was sadly abandoned due to rain on Sunday.

Boucher insisted the squad will take confidence from the four completed matches, but plans could change ahead of the T20 World Cup in Australia later this year.

The Proteas mentor said: “It’s always tough coming here to play India. I know a lot of top players were not here, but the depth they have, largely due to the IPL, is really good.

“On the back of the IPL, those players were in good form and had been playing on these pitches.

“I will take 2-2, even though we did not play our best cricket. But we asked a few questions in this series and we got a lot of answers.

“Our plans will probably change a bit in Australia, but we take confidence from this series.

Mark Boucher admitted that the loss of Aiden Markram from the tour was a big blow after the top-order batsman and occasional off-spinner missed the series after testing positive for Covid-19.

“It was tough to lose Aiden before we even started. That put us under pressure because we wanted to play six batsmen with Aiden as our sixth bowling option. That was a massive loss to our batting up front,” Boucher said.

“The batting up front was probably the biggest thing to think about. We struggled to get going with the bat.

“We speak about it every game, the importance of intent. It’s about how we change the mindset. In the third game especially we did not show enough intent up front.

“The bowling was very good at stages, but at other times we looked a bit rusty.”