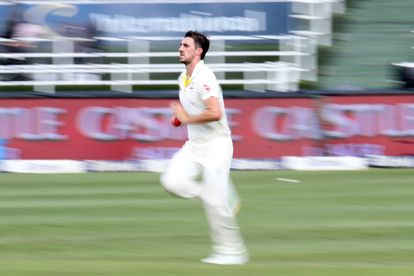 Spin-bowling all-rounder Ashton Agar and opener Matthew Renshaw were called up to the Australia squad for the 3rd Test against South Africa. Photo: Muzi Ntombela/BackpagePix

Spin-bowling all-rounder Ashton Agar and opener Matthew Renshaw were called up to the Australia squad for the 3rd Test against South Africa. Photo: Muzi Ntombela/BackpagePix

South Africa will host Australia for a limited overs tour in August-September next year comprising five ODIs and three T20Is, which kicks off the team’s commitments in the International Cricket Council (ICC) Men’s Future Tours Programme (FTP) for the period 2023-27 that was confirmed today.

The announcement of the FTP, a result of a collective effort of Full Members with ICC’s support, ensures certainty of cricket fixtures with the confirmation of all bilateral series across the three formats. The exact dates and venues of the series are for the Members to announce in due course.

They have full tours of Pakistan and India between October and December 2025 and a busy calendar in the latter half of 2026 when they host Australia, England and Zimbabwe. They also play two Tests against Zimbabwe in mid-2025.

ALSO READ: Will the Proteas spring selection surprises against England?

The announcement of the Men’s FTP comes a day after the first ever Women’s FTP was announced.

ICC GM of Cricket Wasim Khan said: “I’d like to thank our Members for the effort that has gone into creating this FTP for the next four years. We are incredibly lucky to have three vibrant formats of the game, with an outstanding programme of ICC global events and strong bilateral and domestic cricket and this FTP is designed to allow all cricket to flourish.

“The landscape around the game is continuing to evolve and we will work closely with Members as we collectively adapt to that. We are committed to growing the game and giving more fans more opportunities to enjoy cricket, but are very mindful of the need to balance that ambition with the welfare of players.”

Cricket South Africa CEO Pholetsi Moseki said: “The Future Tours Programme connects nations of the world through enjoyment of the beautiful game of cricket. It is through this medium that global friendships and networks are formed, and nation-to-nation collaborations are cemented.

“On the developmental front, the funds that the Programme make available aid in unearthing and grooming buddying talent that is put onto the international stage. It is heartening that South Africa can now boost of many international stars who happen to have been beneficiaries of the FTP.

“CSA is grateful to the ICC for pursuing the FTP programme as a flagship for enhancing the game on many levels and the global linkages it fosters. It is a testament of ICC commitment to changing lives and livelihoods through cricket.”

Tasty mince nachos with cheese, quac and all things delicious