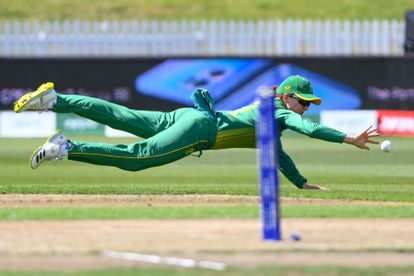 Defending champions England will carry momentum into Thursday’s Women’s Cricket World Cup semi-final in Christchurch – a replay of the 2017 semi-final – having won four straight matches after losing their opening three.

England captain Heather Knight believes her team’s experience of playing “knockout cricket” in the latter half of the group stage – they could not afford to lose a match if they were to qualify – is invaluable.

“Having that mentality to have the pressure on you and that if you lose you’re out, we’ve had that for a while now,” said Knight.

“So I think that will be a really useful thing for us.”

Second-ranked South Africa lost only one match, to Australia, in the group stage.

Their powerful batting line-up, led by Laura Wolvaardt, will fancy their chances of turning the tables on England, who got up to pip them by two wickets with two balls to spare at the same stage in 2017.

Wolvaardt has plundered 433 runs at an average of 61.85 in the tournament, more than any other batter.

Whoever wins will face Australia in the Cricket World Cup final

The winner of the clash will face Australia in the final on Sunday, 3 April.

Zandile Msutwana plays the second wife in ‘Gqeberha: The Empire’