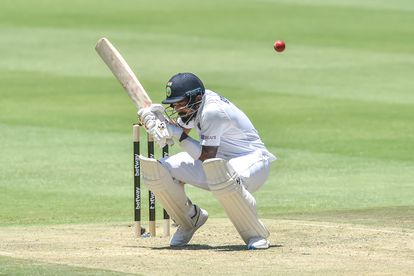 Stand-in India skipper KL Rahul survived a strenuous examination in the first session of the second Test against the Proteas.

With Virat Kohli ruled out with injury Rahul led India out having won the toss and elected to bat.

Rahul said India were keen to build on their 113-run win in the first Test at SuperSport Park in Centurion last week.

“It was a good Test match overall,” he said. “We want to continue that and probably get better in certain areas.”

Hanuma Vihari, who was the leading run-scorer for India A in a recent four-day series against South Africa A, replaced Kohli in the only change in the India XI.

Rahul and opening partner Mayank Agarwal survived the first hour of the Test match but the drinks break appeared to aid the home side.

Marco Jansen was right on the money with his first ball after the mini-break and found the edge of Agarwal’s bat to break the opening stand in the 15th over with 36 runs on the board.

Rahul was joined by a determined if out-of-touch Cheteshwar Pujara who struggled manfully to keep out the four-pronged pace attack of the Proteas.

Proteas get on top

Pujara held out for 33 balls before a rising short ball from Duanne Olivier got him into all sorts of trouble and Temba Bavuma was afforded a simple catch at point.

Olivier made the trouble double for India as Ajinkya Rahane prodded at his first ball and Keagan Petersen took a sharp catch at third slip.

Rahul was resolute throughout having looked untroubled when asked to face Kagiso Rabada and Olivier up front.

It fell to Lungi Ngidi and Marco Jansen to put India back under pressure before Olivier found his rythym and made it the Proteas session with his double strike.