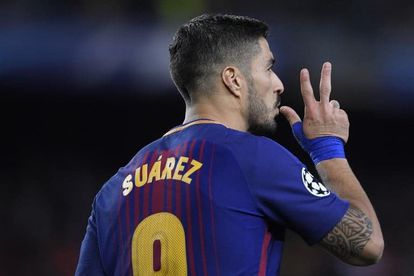 Barcelona go to Roma boasting a 4-1 aggregate lead after the first leg of their Champions League quarter-final.

The Catalan giants bossed their Italian counterparts at the Camp Nou last week.

They were helped on their way by a pair of own goals from Eusebio Di Francesco’s hapless side.

Daniele de Rossi put through his own net for the first on 38 minutes as Andres Iniesta tried to pick out Lionel Messi.

The own goal count doubled when Samuel Umtiti’s shot came back off the post and in off the hapless Kostas Manolas.

Barca managed one for themselves when a Luis Suarez effort was well saved by Alisson Becker, who nevertheless couldn’t prevent Gerard Pique tapping in the rebound from close range.

Edin Dzeko pulled one back for the visitors but Suarez restored the three goal gap on 87 minutes with a rasping finish.

It means the hosts will need a minimum of three goals at the Stadio Olimpico to stand a chance of progression.

The La Liga champions-in-waiting, meanwhile, will have half an eye on a meeting with arch-rivals Real Madrid in either the semis or the final.

Los Blancos have a 3-0 lead over Juventus going into their second leg on Wednesday, while Bayern Munich have a one goal advantage over Sevilla.

Manchester City and Liverpool also contest their second leg at the Etihad on Tuesday as the continental pressure hots up.

Radja Nainggolan and forward Cengiz Under make welcome returns for the Italians after missing the first leg.

Diego Perotti remains sidelined by a calf problem, though.

Sergio Busquets has been named in the squad as he nears his return following a broken foot.

Lucas Digne won’t play thanks to a hamstring problem while Philippe Coutinho is ineligible.