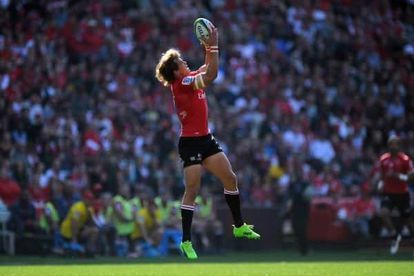 Make no mistake about it, visas are the pain in the arse no-one ever wants to encounter. It’s already a convoluted process, and thanks to a recent change in SA laws, it’s got even more complicated for New Zealanders…

First of all, the 20-year agreement of free travel between NZ and South Africa has come to an end, and neither have pursued a renewal – that system has now been replaced by a three-month visitors visa, which takes around 25 days to be assessed and granted.

SA have put these measures in in place as a direct response to similar legislation the New Zealand government brought it. So effectively, a child-like tit-for-tat spat has crushed the dreams many Crusaders fans have had of following their team to the final.

Their supporters could not have booked tickets any earlier, as the venue for the final was dependant on the outcome of the Lions’ semi-final against the Hurricanes. Had the latter won, the final would have been held in Christchurch.

The Lions triumphed and the game will now kick off at Ellis Park (Emirates Airlines Park) at 4 pm, on Saturday 5th August.

The only way the NZ-based fans could make it over in time for Saturday is if they have visited SA in the last three months and still have a valid visa, or if they have a family emergency based in this country.

Crusaders fan Grant Golding has spoken out about the disappointment he and his fellow supporters have had to face:

“It’s a shame. It has always been on my bucket list to go to South Africa. As a New Zealand rugby fan, it is one of those places you want to go to see a game. It is just too hard to do it at late notice.”

In South Africa, the match will be live on SuperSport and the DSTV Now app with the build-up beginning at 3pm, on Saturday 5th August. Crusaders’ fans can watch the game in NZ via the Sky Television Network service.

Lions will aim to give Johan Ackermann the perfect send-off in his last game in charge, and the Johannesburg side are looking to win their first ever Super Rugby title in front of an expected sell-out crowd of 61,500.