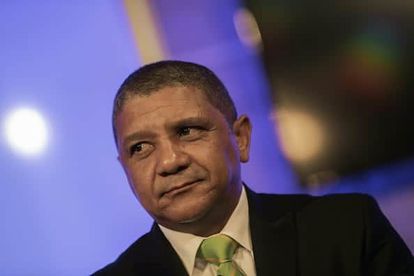 No-one can claim to be shocked at the unveiling of Allister ‘Toetie’ Coetzee as Springbok coach. At best, the drawn out nature of his appointment has left the country stirred, not shaken.

We’ve all known that it was going to be Coetzee. It’s been drip-fed to us for months in between announcement delays. We’ve all thrashed out our own pros and cons around his appointment and how it ties in with our own armchair coaching style.

Coetzee’s promotion from ‘unconfirmed coach’ to ‘coach has been a slow administrative puncture, deflating the excitement that usually goes with the start of a new Springbok era.

The slow unveiling helps Coetzee. The debate on whether he should be the coach or not was largely done before he was even appointed. Now the public can indulge in the best part of a coach’s tenure – talking the talk before a game has been played.

Now is the time for a coach to reel the public in with words about his playing style and Coetzee has already been delivering lovely buzzwords with a smile.

Along with going on about “keeping the traditional Springbok strengths” (a clichéd oldie, but a goodie), Coetzee has verbally thrown in “speed of movement” as a point of focus. That sounds lovely, Allister. Now we’re all imagining strong players all moving quicker in one intimidating swarm. How can that not look great in your head?

Then he throws in more guile to that vision with “letting decision-makers make decisions”. Sounds fabulous, because if there’s one thing a Springbok fan has done more often than breathe in his life, it’s complain that the players just crash into the opposition brainlessly.

With this general framework in mind, Coetzee seemed to spend the rest of his first official day in the job talking about how every aspect of play should be used to apply pressure.

So, better use of ball skills, better running, better kicking, better set pieces and better defence. Who can argue with any of that?

Judging the results will come when they’ve actually played. Judging on transformation will come when teams have actually been selected. In the honeymoon period before his first game, Coetzee can indulge in being judged purely how he talks the talk.

Most past Springbok coaches didn’t take full advantage of the talking the talk honeymoon period. Peter de Villiers just wanted to throw in as many strange metaphors as he could. Jake White just wanted to point out that it “wasn’t rocket science”. Heyneke Meyer just talked about “structure” in a tone of delivery that said “I know you think I’m boring, but…”

After all, it’s the least we can do before all the abuse we’re going to throw at him later.