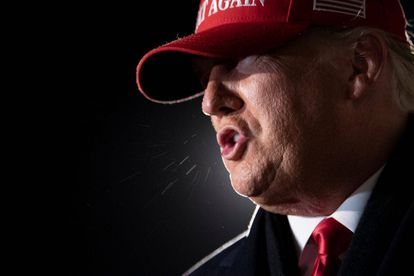 The PGA of America has pulled the 2022 PGA Championship from the Trump National at Bedminster course in New Jersey, days after supporters of President Donald Trump attacked the US Capitol.

‘EXERCISED THEIR RIGHT TO TERMINATE THE TOURNAMENT’

“The PGA of America Board of Directors voted tonight to exercise the right to terminate the agreement to play the 2022 PGA Championship at Trump Bedminster,” PGA of America President Jim Richerson said in a statement posted on Twitter.

“It has become clear that conducting the PGA Championship at Trump Bedminster would be detrimental to the PGA of America brand and would put at risk the PGA’s ability to deliver our many programs and sustain the longevity of our mission,” Richerson added in a video posted on the organisation’s website.

The announcement on the fate of one of the four major championships in golf follows increased calls in the golf world for leaders of the sport to distance themselves from Trump.

Golfweek, in a scathing column urging the game to sever ties with the president, said the PGA of America had been debating for two years whether to move the organisation’s flagship event but had been nervous about antagonising a “famously vindictive man.”

Donald Trump, who lost the 2020 presidential election in November to Democratic rival Joe Biden, could face a historic second impeachment before Biden’s  January 20 inauguration amid continued fury over the storming of the Capitol on Wednesday by angry Trump supporters that left five people dead.

Trump’s repeated false claims of election fraud, and his incendiary address to protesters prior to the attack on the Capitol have prompted critics to call for his resignation, his impeachment, or his removal from office as unfit under the Constitution’s 25th amendment.

Trump is an avid fan and player of golf – making numerous trips to play at Bedminster during his presidency.

Golf greats Gary Player and Annika Sorenstam came in for criticism when they accepted the Presidential Medal of Freedom from Trump on Thursday – a day after the chaos in Washington.

Golf Digest, while noting that 15-time major champion Tiger Woods had also accepted the honour from Donald Trump in May, called it a “tone deaf” gesture in an editorial calling for the sport to distance itself from Trump.

Trump’s divisive rhetoric had long posed a problem for a game he has been identified with.

The US Golf Association resisted calls to move the 2017 US Women’s Open from Trump National at Bedminster following comments on women made by Trump during his election campaign.

In 2016, the PGA Tour announced it was moving the 2017 World Golf Championship to Mexico from its home at Trump’s famed Doral course in Miami.

DONALD TRUMP IS A BRAND, A BIG BRAND

The Tour insisted at the time the decision was not related to Trump’s politics but admitted attracting a sponsor for the tournament had been challenging.

“Donald Trump is a brand, a big brand, and when you’re asking a company to invest millions of dollars in branding a tournament and they’re going to share that brand with the host, it’s a difficult decision,” PGA Tour Commissioner Tim Finchem said at the time.

In Britain meanwhile, Donald Trump’s hopes of staging a British Open at his Turnberry golf course in Scotland have also been frustrated.

Turnberry hosted the most recent of its four Open championships in 2009.

However in 2015, the Royal & Ancient, the governing body for golf, reportedly ruled out any chance of Turnberry staging the 2020 Open following racist remarks made by Trump during his presidential campaign.

“2020 will not happen here. Turnberry will be back. But perhaps not Trump Turnberry,” an R&A official said at the time.