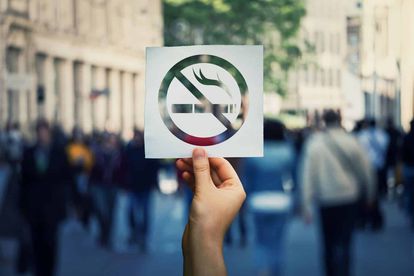 This came under renewed scrutiny when President Cyril Ramaphosa’s announcement that the ban on tobacco sales will be lifted during Level 4, was followed by the National Coronavirus Command Council (NCCC) and Cooperative Governance and Traditional Affairs Minister Nkosazana Dlamini-Zuma made a U-turn on that decision.

British American Tobacco has also threatened  to take legal action if the cigarette ban was not lifted immediately and later dropped its plans to force the government to life the ban.

Last Sunday Ramaphosa announced the country’s move to Level 3 of lockdown on Monday 1 June. SABC News Channel (DStv 404) interviewed a number of political analysts to hear their views on the move with specific focus on the lifting of the ban on alcohol sales.

Too much emphasis on alcohol and tobacco debate

Auwal Socio-Economic Research Institute (ASRI) research director Angelo Fick feels that too much attention has been given to the issue of alcohol and tobacco in a country where people are living in poverty plagued by gender-based violence (GBV) and other pressing social issues.

“I feel that South Africans should focus on more important issues, such as the commencement of physical academic activities, the readiness of institutions, the reopening of schools and many other lockdown issues.

Political analyst Dr Somadoda Fikeni agreed with Fick, saying the debate around the sale of alcohol and cigarettes is only highlighting one thing, while the neglect of socioeconomic issues laid bare by the lockdown, is a fundamental one.

“The biggest debate would be how does one arrive at a conclusion that tobacco would be more dangerous than alcohol? Once people start drinking, you have car accidents, domestic violence and other forms of crime that will land people in jail. I expect more legal challenges, once all the minutes, debates and evidence around the tobacco ban are made public,” said Fikeni

Rather focus on GBV and safe reopening of schools

Police Minister Bheki Cele confirmed during a media briefing on the crime statistics during the lockdown, that the calls — and not necessarily reported cases — made to the Gender-based Violence Command Council increased by 500%.

This increase further proves that South Africa has more important battles to fight and focus on besides alcohol and cigarettes.

Schools were set to reopen its doors for grades 7 and 12 on day one of Level 3. However, due to several schools not being safe and prepared for pupils’ return, the Basic Education Department on Sunday postponed the date by a week to 8 June.

These are the type of issues we should be focusing on: How we as South Africans can work together with the government instead of politicising the reopening of schools.

As communities and companies we should rather donate cloth masks, sanitisers and other personal protective equipment (PPE) to ensure that pupils and educators are safe. We can also come up with other ideas as to how social distancing can be monitored.