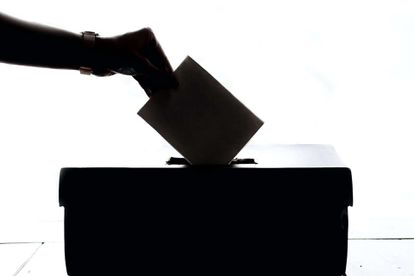 Will the Electoral Act ruling solve the accountability issues in our electoral system, or will party mandates retain control?

The recent Constitutional Court ruling on the Electoral Act has received mixed reactions – some are calling it a game-changer for South African politics, while others deem it relatively insignificant. Electoral reform has been debated for years and it appears to be on the horizon (if on the horizon means within the next two years). However, the significance of this electoral reform, and whether it will solve the problems with the current system, is questionable.

As this ruling applies only to the Electoral Act, South Africa retains a parliamentary system of governance. Voters will not directly elect the president, and the outcome of the elections will still be “in general, proportional representation”, as these conditions are stipulated in section 86 and 46 of the Constitution.

Under these conditions, Parliament is likely to suggest a mixed electoral system with some seats allocated by constituencies and the others by proportional representation, as used in local government elections. The balance of these two systems is up to the legislature to decide.

The most often-cited problem with the electoral system is accountability. Members of the Legislature are not accountable to the people that elected them; they are accountable to their party. Voters cannot identify “their” representative in Parliament and do not have the means to hold individual party members accountable.

Within the parties, members on closed party lists do not have to be democratically elected. Although parties have different methods of compiling closed lists, typically senior leaders of the party have the final say. In a country where one party retains a high proportion of votes, like in South Africa, the result is oligarchical control by senior party leaders. MPs do not have the option to follow their conscience and are forced to tow the party line or face removal.

These issues were already identified in 2003 by the Electoral Task Team. The Van Zyl Slabbert Report of the Electoral Task Team recommended the introduction of 69 multi-member constituencies electing 300 members of the National Assembly, with remaining 100 elected by closed-list proportional representation. Needless to say, the recommendations were not adopted.

The Impacts of the Judgment

Allowing individuals to contest national and provincial elections is a step in the right direction, but it is unlikely to fix the current accountability issues.

Fundamental changes to the electoral system will put sitting MPs jobs at risk, so expecting them to be enthusiastic about the process is far-fetched. Unfortunately, those tasked with amending the Electoral Act retain their positions through that same act. Measures that could improve accountability – such as introducing open lists where voters can influence the rankings of party candidates or a right of recall – jeopardise the control parties have in the political system and are unlikely to be considered.

The ruling could also spell the demise of smaller political parties. Currently, parties only need 0.25% of the national votes to gain a seat in Parliament, which translated to around 40,000 votes in the last election. By limiting the seats allocated by proportional representation, that number could double to 0.5% or more, making the bar to gain a seat much higher for smaller parties. If the 0.5% threshold applied in the last election, only six parties would have made the cut compared to the 14 we have in Parliament today.

Candidates from smaller parties or independent candidates may have a chance to increase diverse representation by gaining seats through constituencies but will need a solid campaign to overshadow the influence of larger parties in their area. To demonstrate the control large parties may hold in constituencies, one can look to local government election results: of the thousands of ward councillors sitting in 2016, only 27 were independent candidates. South Africa’s party-based political culture will be hard to overcome, even if voters are tired of party politics.

An overlooked element in electoral system discussions is money. Money and politics are inextricably linked and funding a political campaign is a costly exercise. If the goal is #AKAforPresident that may not be an issue, but for regular citizens looking to score a seat in Parliament, campaign funding and recognition are huge stumbling blocks. Political parties have the money to market their candidates and sway voters to increase their share of the seats in parliament, stacking the odds against independent candidates.

Ultimately, accountability is not guaranteed by the judgment – there are many other factors in play. Parliament could take the opportunity to overhaul the electoral system with added measures to increase accountability. However, the relative silence from major parties on the ruling is telling. Within the next 24 months, the true impacts of this ruling will be revealed, but it will be up to the electorate to put pressure on Parliament in that time if a substantive change is the goal.

Nkosinathi Sibisi on why he chose to join Orlando Pirates

Daily devotion: Your bible verse and prayer for 31 August 2022