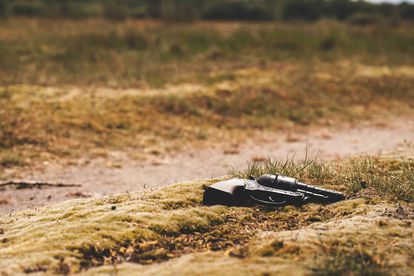 SUSPECTS DUE IN COURT AFTER FOILED ROBBERY

The six suspects are expected to make an appearance at the Barkley West Magistrate’s Court on Monday, 11 July 2022 on counts of conspiracy to commit a robbery and possession of unlicensed firearms and ammunition, Northern Cape SAPS has further said.

The province’s  Acting Deputy Provincial Commissioner for Crime Detection, Brigadier Nicky Mills has commended the team for acting promptly to bring the perpetrators to book.

Mills has also indicated that the proliferation of firearms will be vigorously enforced in the province.

Earlier this week, Northern Cape acting provincial commissioner, Major General Koliswa Otala spoke about the rise of crime in the province, revealing there had been massive spikes in contact crime.

“Assault categories reflected increases of 152 cases for attempted murder, 335 for assault gbh ,and 272 for assault common, compared to the same period last year. Burglaries residential in Frances Baard and Namakwa Districts reflected decreases. Overall robbery at residential premises also reflected a decrease of 12. 1% in the province,” she said.