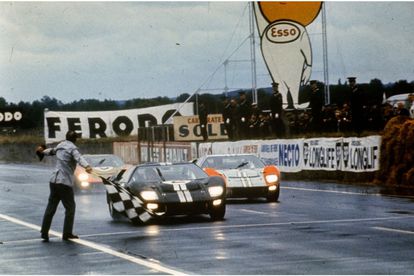 Ahead of the 2023 edition of Autosport International, Europe’s largest motorsport exhibition, motorsport fans have been asked to share their greatest Motorsport Memories. An expert panel including three-time Formula 1 world champion Sir Jackie Stewart, OBE has decided on the top 10 motorsport memories and fans are invited to vote for the winner.

After debating a wide range of memories, the panel has agreed on a shortlist that includes iconic moments from the world of Formula 1, the World Rally Championship, British Touring Car Championship and 24 Hours of Le Mans.

From the great Sir Stirling Moss covering 1000 miles of twisting Italian roads at an average speed of 99mph in the Mille Miglia, to Sir Lewis Hamilton’s last-gasp title success at the 2008 Brazilian Grand Prix, the voting will take fans on a nostalgic journey down memory lane.

Fans will now cast their votes online for these top ten Memories. They will then be able to see the ten chosen moments displayed as prints in a gallery at Autosport International, held at Birmingham’s National Exhibition Centre (NEC) on 12-15 January 2023.

The prints, supplied by Motorsport Images, will be prizes in a raffle to raise funds and awareness for Race Against Dementia, giving the fans a unique opportunity to take away a physical connection to their favourite motorsport memories.

Race Against Dementia is a global charity that uses pioneering research and a Formula 1 attitude to find a cure for dementia. The charity was founded by Sir Jackie Stewart, OBE, a three time Formula 1 World Champion who won a total of 27 Grands Prix and was an incredible advocate for safety in Formula 1.

Sir Jackie Stewart, OBE will personally sign the top ten memories and officially open the display before taking to the main stage at the show to talk about his personal involvement with Race Against Dementia, and sharing memories from his motorsport career.

Fans can vote for their ultimate motorsport memory HERE. Voting will close on 29 November. Tickets for the show are available to purchase here.

Posted by Autosport International on Newspress

For more fun articles about motorsport, follow our motorsport page.