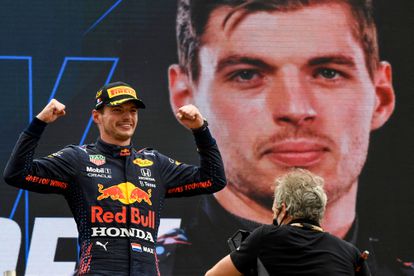 Verstappen caught and passed Lewis Hamilton on the penultimate lap of the race to claim a victory that keeps him at the top of the World Driver’s Championship.

The Dutchman had been called into the pits after battling Hamilton for the lead in the early part of the race.

Verstappen twice overtook Hamilton during the race after an early mistake from the Red Bull driver allowed his rival to snatch the lead on the opening lap.

Hamilton and Mercedes opted to one-stop the race and could do little to stop Verstappen’s late charge on fresher tyres.

Verstappen had hauled in Valterri Bottas and the Mercedes number two then saw the second Red Bull pass him when Sergio Perez came through with a handful of laps remaining. The Finn expressed his frustration over the radio having earlier identified that a two-stop strategy would have been ideal.

In the end it was a great day for Red Bull who took first and third but the battle between the teams is far from over.

A delighted Verstappen expects more battles with Hamilton before the season is done.

“The two-stop pit stop [strategy] paid off. The whole race we were fighting each other. I think it will be like this for the rest of the season,” Verstappen said after the race.

A dejected Hamilton could only congratulate his rival.

“Congratulations to Max, he did a great job,” Hamilton said.

“I am happy with the result, unfortunately I lost the position but it was still a great race. We have got to dig deep and find some pace.”

Verstappen bagged an extra point for the race’s fastest lap

* Provisional results. Note – Verstappen scored an additional point for setting the fastest lap of the race.