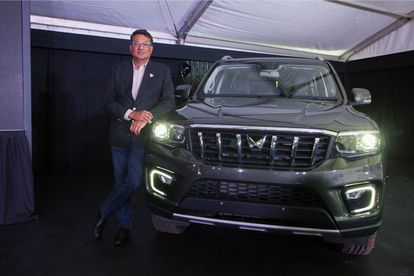 Centurion, August 5, 2022: South Africans will have their first opportunity to view Mahindra’s new range of authentic SUVs and two of the most highly anticipated vehicles from the brand at the upcoming India Day Carnival.

On display will be, amongst others, Mahindra’s new Mahindra XUV700 flagship, which will soon champion the group’s line-up in South Africa. Crowned the Indian Car of the Year 2022, the XUV700 amassed over 80 000 pre-orders shortly after being launched. It is expected to find similar favour with South African customers when it is launched later this year.

Aside from showcasing the new Mahindra “Twin Peaks” logo, the XUV700 will introduce Mahindra’s new brand promise to Unleash The Explorer In You and reaffirm the brand’s customer value proposition of offering the authentic and capable products from its range of Authentic SUVs and Authentic Bakkies.

All-new Mahindra SUVs include the Scorpio-N

The XUV700 and upcoming Scorpio-N will carry Mahindra’s new generation of authentic and aspirational Mahindra SUVs, Geared to raise the bar and get the driver’s heart racing with its sci-fi technology, spirited performance and world class safety.

The XUV700 recently made global headlines as the safest car ever tested by the GNCAP, achieving the highest combined occupant safety ratings for any car tested and receiving the Safer Choice Award for best-in-class safety.

The Scorpio-N joins the line-up of authentic SUVs early in the new year. Its arrival is highly anticipated both here and abroad. For instance, when bookings opened for the Scorpio-N in India, the first 25 000 bookings were received within a minute, and 100 000 orders were placed within the first half an hour. This makes it the car with the highest number of launch bookings in the world.

Rajesh Gupta, CEO of Mahindra South Africa, says The India Day Carnival is the perfect platform to showcase the new models, giving visitors the opportunity to touch and feel these and other sought after Mahindra models.

“Mahindra has been actively involved in South Africa’s automotive market for the past 18 years, and we have seen tremendous growth and brand loyalty over these years. We are a true part of the South African landscape and believe that these new models will lead the way to increased popularity amongst local motorists owing to its performance, design, safety and innovative features.”

The India Day Carnival is organised by the India Club of South Africa and attracts thousands of visitors annually. It offers a diverse programme of live events and displays that showcase India’s rich heritage in South Africa.

“We are very proud to be part of this significant event, as South Africa is Mahindra’s second home outside of India,” says Rajesh. “We look forward to welcome more South Africans to the Mahindra family.”

Posted by Mahindra SA on Quickpic