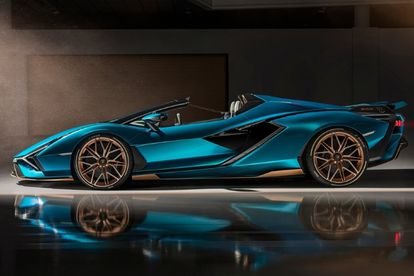 Unassisted V10 and V12 engines will soon be a thing of the past. Here’s hoping the styling remains wild, though. Image: Netcarshow

Unassisted V10 and V12 engines will soon be a thing of the past. Here’s hoping the styling remains wild, though. Image: Netcarshow

Italian supercar outfit Lamborghini has announced that it intends to halve the collective CO2 emissions from its product line-up by 2025, turning the entire range into petrol-electric hybrids. Thereafter, the company will focus its efforts on a fully electric model, which it’s expecting to launch by 2030.

To achieve these goals, Lamborghini’s investing more than R25 bn over the next four years to research and develop the technologies needed. Supercar manufacturers that want to explore electrification are by no means a recent happening, but the Lamborghini commitment is particularly impressive given its financial standing just 20 years ago. The last 15 years have been kind to the company, however, with a seven-fold turnaround.

“Lamborghini’s electrification plan is a newly-plotted course, necessary in the context of a radically changing world, where we want to make our contribution by continuing to reduce environmental impact through concrete projects. Our response is a plan with a 360-degree approach, encompassing our products and our Sant’Agata Bolognese location, taking us towards a more sustainable future while always remaining faithful to our DNA.”

Before the Sant’Agata-based based firm gets around to the hybrid technology and EV model, however, it is going to tweak its legendary V12 powerplant to run harmoniously with a hybrid system. And two new V12-engined models will be announced before the end of 2021. A third model will be the brand’s first production-run hybrid.

The EV is the fourth model in the brand’s mission to reduce its carbon footprint. Many motoring enthusiasts are familiar with the instantaneous torque delivery and straight line acceleration of performance-oriented electric vehicles, but it will take some doing to make this new model feel like a Lamborghini.

Electric engines at all four wheels and massive battery packs will no doubt result in huge weight gain, so the onus is on the Lamborghini engineers to make sure this new model weighs as little as possible. The company did mention that it will make extensive use of lightweight materials like carbon-fibre as a key component of its hybrid and EV plan, though, which shouldn’t surprise anyone.

According to Autocar, this electric model will be a four-seater grand tourer. It makes sense given the product portfolio Lamborghini has access to through parent company Audi, which includes Porsche and Volkswagen models. What it’s going to look like is pure speculation at this point.

“Lamborghini has always been synonymous with preeminent technological expertise in building engines boasting extraordinary performance: this commitment will continue as an absolute priority of our innovation trajectory.”