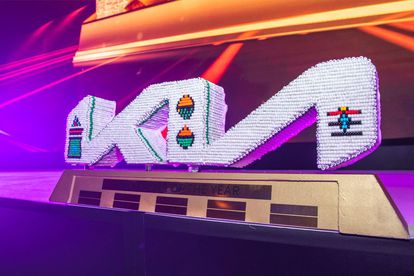 12 September 2021 – Kia South Africa this weekend rewarded its top-performing dealerships, like Kia Edenvale, across the country with numerous prizes for outstanding achievements in sales, aftersales and service operations. The 2022 Kia Dealer of the Year Awards, which encompass the period July 2021 to June 2022, was held during the brand’s leadership conference at the Zimbali Coastal Resort in Kwa-Zulu Natal.

The conference and awards was hosted by Kia South Africa’s CEO, Gary Scott, and attended by senior leadership from its full dealer network.

“We’ve had an incredible year of resilience from our dealer network in a challenging year,” comments Scott. “It’s also a year in which Kia achieved 5% market share over the 12 months ending June 2022, a goal that could not have been achieved without the support and determination of our dealer network in a year that saw many a challenge come its way. We’re honoured to have a national team of business partners who deliver on our purpose of making each one of our customer’s journeys through daily life count.”

Kia CSI Dealer of the Year

The first award for the evening was the Kia CSI Dealer of the Year, which recognises those dealerships that have consistently delivered superior customer experience and satisfaction. Gold Awards were presented to Kia Roodepoort, Kia Pietermaritzburg and Kia Paarl. Silver Awards were handed over to Kia Northcliff, Kia Hermanus and Kia Nigel, with Bronze Awards to Kia Fourways, Kia Bethlehem and Kia Vryheid.

The next set of awards, the Kia Service Operations Dealer of the Year, considered dealerships’ investment in training as well as their facilities, their variable margin performance, warranty management and the relationship between their customers and Kia South Africa. Gold Awards were presented to Kia Roodepoort, Kia Pietermaritzburg and Kia Nigel. Silver Awards were handed over to Kia Weltevredenpark, Kia Alberton and Kia Paarl, with Bronze Awards to Kia the Glen, Kia Bethlehem and Kia Vryheid.

Kia Parts Dealer of the Year

The Kia Parts Dealer of the Year awards are based on parts purchase achievement against target, as well as share contribution to the Kia business. A successful parts dealership continuously educates customers on the use of genuine parts and the benefits of skilled workmanship and specialised tooling. Gold Awards were presented to Kia Polokwane, Kia Wonderboom and Kia Paarl. Silver Awards were handed over to Kia Somerset West, Kia Hermanus and Kia Brits, with Bronze Awards to Kia East Rand, Kia Alberton and Kia Mokopane.

For the Kia Accessories Sales Dealer of the Year, the dealerships that went above and beyond in retailing accessories to customers were recognised, with the sole Gold Award awarded to Kia Polokwane.

Kia Training Compliance and Completion Dealer of the Year

The fifth award of the night went to the Kia Training Compliance and Completion Dealer of the Year. The standout dealerships displayed a commitment to completion of training, overall participation and engagement during training sessions and the number of certified Sales Executives per dealer, among other measurables. Gold awards were presented to Kia Edenvale, Kia Rustenburg and Kia Vryheid.

Fleet and Corporate Sales are a crucial part of many dealerships’ success and often require months of relationship building before orders are secured. The Kia Fleet Sales Dealer of the Year awards were determined based on the number of fleet sales generated during the previous financial year. Additional points were awarded to the top 5 dealerships based on the number of model variants sold, as well as the number of corporate clients sold to. The winners were Kia Edenvale (Gold), Kia Springfield (Silver) and Kia Northcliff (Bronze).

Kia Sales Dealer of the Year

For the Kia Sales Dealer of the Year, dealerships were measured on their sales-to-target achievement for the year and not outright volume sales achievement. Gold Awards were presented to Kia Umhlanga, Kia Heidelberg and Kia Nigel. Silver Awards were handed over to Kia Northcliff, Kia Springs and Kia Brits, with Bronze Awards to Kia Durban South and Kia Springfield (tied), Kia Port Elizabeth and Kia Mokopane and Kia Vanderbijlpark (tied).

Kia South Africa also presented a series of Kia Inspiration Awards, which highlights those star performers who inspired their colleagues with their sales achievements, service delivery and training completion and compliance, a cornerstone of Kia’s success strategy.

Sales Executive of the Year

The Sales Executive of the Year awards, based on dealer category, were presented to Christo Pruis from Kia East Rand, Susara Fourie from Kia Springs and Stuart King from Kia Hermanus, while Sales Manager of the Year awards were presented to Aslam Ameer from Kia Umhlanga, Gerhard Smit from Kia Heidelberg, and De Wet Pretorius from Kia Nigel. To celebrate those dealers who consistently overachieved on volume sales, Top Volume Sales Dealer awards were also presented to Kia East Rand (Gold), Kia Umhlanga (Silver) and Kia Roodepoort (Bronze).

In recognition of individual commitment to training and skills development, Heino van der Merwe from Kia Edenvale, Ziyanda Fikizolo from Kia Rustenburg and Paul Engelbrecht from Kia Upington were presented with Inspiration Awards for Training Compliance and Completion.

Kia Dealer of the Year

Finally, the most prestigious award of the night, that of overall Kia Dealer of the Year, went to Kia Edenvale. Proving that excellence across all aspects of business operations is critical to a business’ success, Dealer Principal Scott Skinner and his team’s successes across sales, after sales and service operations – including Gold awards for training compliance and completion and fleet sales – ranked highest in this year’s awards.

“Scott and his team have proved over the 12 months over which the awards were determined that it is leadership that defines a successful business,” comments Gary Scott. “They have worked as a team to shift standards in all aspects of their business, living up to the brand slogan, ‘Movement that inspires’”.