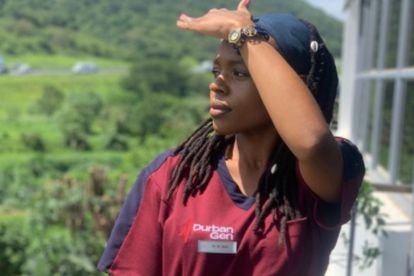 Dr Jack is a first-year intern from Medunsa now known as Sefako Makgatho Health Sciences University (SMU). Dr Jack does not compete with the other interns, unlike Yola, who has worked tirelessly to get her big break.

This is Yola’s very first big TV role. Getting this opportunity is something she has worked extremely hard for – the entertainment world is not for the fainthearted!

ALSO READ: TINA JAXA HAS JOINED THE CAST OF ‘DURBAN GEN’ AS NOMVULA

Speaking to SunBuzz, Yola expressed how surreal playing the role of Dr Jack is. Making her big break is a moment the young actress will never forget.

“There are days where I still don’t believe this is my life. It feels amazing. I’m living my dreams and prayers. I think manifesting, writing things down and setting your mind to something, helps because they really happen. I’m excited to see what the future has in store for me.”

Getting her first big gig was not easy. Yola knew how hard it would be to break into the acting scene, but she stuck to her guns and it finally paid off.

“Professionally, it’s been hard. Getting into the acting space in South Africa is hard. I started off doing short films and that led me to get the gig on Durban Gen. I was getting small roles here and there. It is great to finally get here.”

PLAYING THE ROLE OF DR JACK

Playing the role of Dr Jack has come somewhat naturally to Yola. Having similar beliefs and morals to her character, the Durban Gen star found it easy to get into character.

“Dr Jack is a sweetheart. She’s different from all the other interns. She is not competing with anybody. She is genuinely there to help people, listen to their problems and diagnose them. She’s calm and believes in peace.”

Giving a little inside scoop, Yola revealed that Dr Jack is going to have a love interest that she is sure fans are going to die for… she couldn’t say much more.