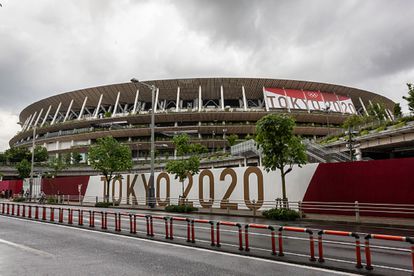 The most troubled Olympics in modern history finally get under way in Tokyo on Friday, struggling to emerge from the clutches of Covid-19. Image: Yuichi Yamazaki/Getty Images.

The most troubled Olympics in modern history finally get under way in Tokyo on Friday, struggling to emerge from the clutches of Covid-19. Image: Yuichi Yamazaki/Getty Images.

Following the addition of the UEFA Euro 2020 earlier this year, Showmax Pro subscribers across the continent will soon be able to live stream hundreds of Olympic events on the streaming service from 23 July to 8 August 2021.

The Tokyo 2020 event is going to look very different to previous editions, with strict rules in place around mask wearing, social distancing and the number of fans who may attend events. There will be no public viewing areas in the host city, and international spectators are not allowed.

For athletes, the Olympics represents the peak of their sporting careers, the culmination of a lifetime of dedication to a single pursuit, and the chance to receive recognition on an international stage. While the crowds may not be cheering the athletes on from the grandstands, millions around the globe will be watching as stars like Wayde van Niekerk, Blessing Okagbare, Almaz Ayana and the Ivorian men’s football team do battle.

Stream wherever you are

“We are thrilled to bring all the action to our Showmax Pro subscribers to stream wherever they are, and we’ll be backing our African athletes every step of the way,” says Yolisa Phahle, CEO for MultiChoice connected video.

Marc Jury, SuperSport CEO, says, “There is no bigger – or better – celebration of sport than the Olympic Games. It’s wonderful theatre, particularly at a time when we need to be entertained, and we look forward to the best-ever broadcast offering.”

Watch the opening and closing ceremonies, and every medal event

Showmax Pro subscribers will have access to live streams of every event that is made available to SuperSport by the Olympic Broadcast Services, including the opening and closing ceremonies, and every medal event.

While only Showmax Pro subscribers will have access to live streams of every available event, all Showmax subscribers will be able to stream exclusive Olympics coverage including talk shows, highlights, and documentaries.

Go to showmax.com for more.