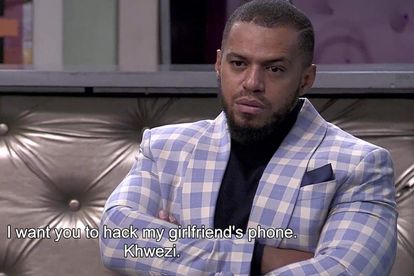 #SkeemSaam is shattered that Khwezi is pregnant with Lehasa’s baby after Pretty (Lerato Marabe) aborted his baby last year.

This is because viewers are routing for Pretty and Lehasa (Cedric Fourie) to live happily-ever-after and have another baby.

WILL LEHASA EVER BECOME A DAD?

Viewers of Skeem Saam were devastated with Pretty for terminating her pregnancy and are now worried about her relationship with Lehasa because Khwezi (Samukele Mkhize) is pregnant.

Though Khwezi’s baby might appear to be the only obstacle in Pretty and Lehasa’s way, history has taught us that Lehasa might not even father Khwezi’s baby.

Lehasa’s late wife couldn’t give him a baby because she was diagnosed with cancer but wanted him to get a surrogate to carry her baby, but her eggs were destroyed by his ex-girlfriend Lelo (Amanda du Pont) because she was jealous.

The second woman who failed to give him a baby was Pretty followed by Nothile (Mbali Mavimbela) who lied about not being able to conceive a baby.

Lehasa has only wanted a baby with either Nothile or his late wife until he recently reunited with Pretty.

He might not want to have a baby with Khwezi when he learns she’s carrying his baby because she tried to kill him.

He desperately wants Pretty to fall pregnant with his baby because he knows that she’ll be a good mother and feels guilty for abandoning her when she was pregnant the first time.

The TVSA July teasers reveal that Khwezi will drop a pregnancy bombshell on Tuesday 12 July.

“Lehasa and Pretty are left reeling when a bombshell of a woman’s pregnancy explodes.”

The teasers also indicate that Lehasa will not moved by her pregnancy news or change his mind about her.

The Friday 15 July teaser suggests that Lehasa will try to kill/poison her as the teaser reads:

“Lehasa believes there’s only one way to deal with Khwezi, and that way is lethal.”

“For me, it would always be Lelo. Her character arc is spectacular. She does villainous things and we all hate her the next moment she is soft and we sympathise with her even though we know that she did the villainous deed, this Khwezi chick is just crazy to be crazy.”

“Khwezi must learn to accept that she is not Lehasa ‘s love, this is what happened to so many of us, we accepted and moved on.”

“If Khwezi isn’t caught by the end of this week, I swear I’m done with this show.”

“Let’s not say bad things about Khwezi, otherwise, the writers will keep her to spite us. They hate us more than we hate the Khwezi character.”

Man sentenced to LIFE for strangling ex’s daughter, 10, to death