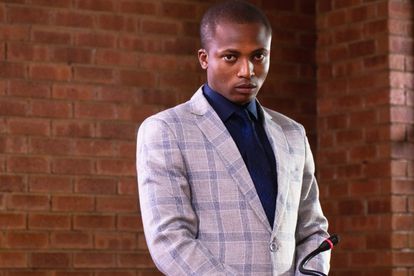 Austin Mothapo who plays the role of Noah, will return to the show this season according to the TVSA October teasers.

Noah was sentenced to prison for ten years earlier this year, (March 2021) for starting a fire at Lehasa’s factory that ended Mrs Shivambu’s life.

The TVSA teasers for October stated that the Maputlas will be held hostage, but don’t reveal who will do this and why.

Bra Sikes will likely hold the Maputlas hostage after they refused to drop the charges against Noah and provided evidence to the police.

He was also punished for all the petty crimes he committed when he was a teenager.

MEIKIE FIGHTS FOR HER FREEDOM

Noah’s father, Bra Sikes is going to visit the Maputlas which will result in Meikie hatching a plan to escape prison according to the TVSA October teasers.

Meikie’s (Harriet Manamela) plan will not sit well with her son Leeto, (Eric Macheru) who might reveal her plans to the police.

The teasers also state that Meikie will consult a sangoma who will reveal that she is cursed.

Cornet Mamabolo who plays the role of Tbose will make a brief appearance on the last day of October.

Lehasa (Cedric Fourie) is going to refuse to do right by his unborn child when Pretty contacts him.

He is madly in love with Nothile (Mbali Novimbela) and doesn’t want anything to do with Pretty.

A scorned Pretty (Lerato Marabe) will contact Nothile and warn her about the man she’s sleeping with.

It looks like Pretty will be raising the baby by herself at this stage, and Lehasa will only realise the damage he’s doing once Nothile dumps him.