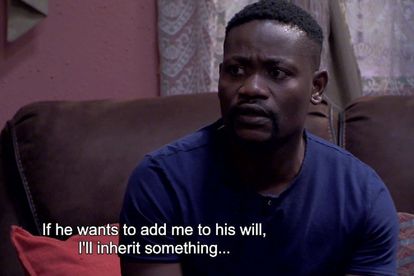 It feels like Kwaito Maputla (Clement Maosa) is replacing his best friend and half-brother, Tbose Maputla, and taking over his life.

The actor Cornet Mamabolo, who played the role of Tbose Maputla exited the show in September to pursue his personal interests.

Tbose’s absence will soon be a distant memory to John Maputla as he is determined to make things right with his new-found son, Kwaito Maputla, and will do anything to make him happy.

KWAITO IS THE NEW TBOSE

It is only a matter of time until John (Africa Tsoai) buys Kwaito a new car and Kwaito moves into John’s house seeing that Meikie will be sentenced to jail soon.

HOW THE SEAKAMELAS LIVES WILL IMPROVE

Mantuli’s life will also improve once Kwaito’s cleansing ceremony is complete as Kwaito has always taken care of her.

John does not want his son to suffer and will also take care of the Seakamelas when his wife gets sentenced to prison.

Mantuli (Dieketseng Mnisi) and Kwaito are the breadwinners in the Seakamela household and are currently unemployed.

This is Meikie’s fear; she doesn’t want Mantuli and John to get close because John has cheated on her before.

Also read:Cornet Mamabolo (Tbose) takes a break from ‘Skeem Saam’ due to injury