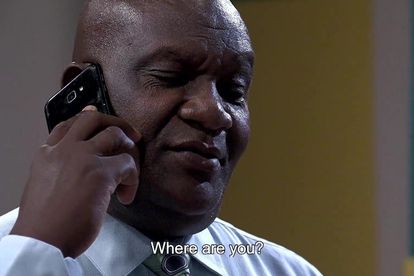 Fans of SABC1’s educational soapie – Skeem Saam have lost respect for John Maputla for cheating on Meikie with Melita.

They are also furious with him for not wanting his wife – Meikie (Harriet Manamela) to be released from prison.

ALSO READ:‘Skeem Saam’ Review: Meikie will threaten Melita to stay away from John

JOHN MAPUTLA IS NOT AN HONOURABLE MAN

“The way Rakgadi supports John in everything, John can burn a house, it won’t matter.”

“I see why they say unmarried aunts always try to sabotage married couples.”

“I dunno about y’all but John is getting violent nyana these days.”

“The way he confronted and grabbed Mapitsi that day Magongwa witnessed it, and now he’s grabbing Melita.”

“There is no longer love between John and Meikie, they are both just keeping together because Meikie still wants her family together.”

“John fears divorcing Meikie and fears being killed too.”