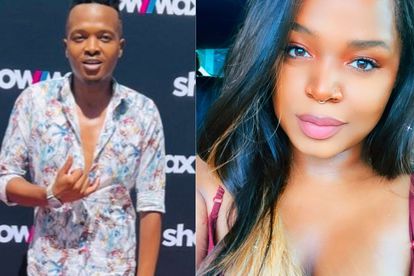 The Queen actress and daughter of Connie Ferguson – Lesedi Matsunyane- Ferguson has criticised entertainment commentator Phil Mphela for his posts about the telenovela on social media.

Mphela revealed that actors Brenda Ngxoli and Vuyo Ngcukana were exiting the show and that the show is coming to end after nearly seven years on TV.

‘PHIL, IT’S PERSONAL WHEN YOU LIE’

Ferguson Films casting director – Lesedi Matsunyane-Ferguson has lambasted entertainment commentator Phil Mphela – for revealing that The Queen has been cancelled on Twitter.

Matsunyane-Ferguson also stated that Mphela lied about the axing of actor Vuyo Ngcukana – who plays the role of Schumacher.

She also rubbished claims that award-winning actress Brenda Ngxoli – who plays the role of Noma has quit the show due to salary disputes.

LESEDI MATSUNYANE-FERGUSON: ‘THIS HAS BEEN GOING ON SINCE 2020’

Fans of The Queen also wondered what the actress was referring to when she tweeted:

The show was thrown under fire in 2020 when it reportedly fired and lost several fan-favourite actors such as Rami Chuene, SK Khoza, Dineo Langa, and Setumo Motsoeledi.

Creators of the show – Connie and Shona Ferguson also explained why they removed actors from the show.

The Estate actress Dineo Langa reportedly got fired by Ferguson Films in May 2020. The actress revealed on Instagram that she got fired and that her character was killed.

Ferguson Films confirmed her departure in a statement and said she was axed in season five because of the ‘influx of new characters joining the show.’

Langa played the role of Kea Khoza for four seasons.

Chuene explained that she couldn’t get into the details yet and that she’s very grateful for the support she’s gotten.

Radio and TV personality Setumo Motsoaledi – who played the role of Mabatho Khoza exited The Queen in February 2020.

She announced her departure from The Queen in a tweet and said she is leaving the show to broaden her horizons.

Other actors who exited the show between 2019 and 2020 include: SK Khoza, Khanya Mkangisa, Khayakazi Kula, and Moshe Ndiki

Anthony Joshua sets date for return to the ring