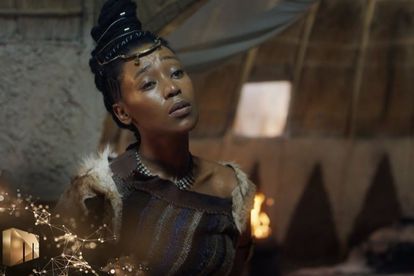 The Good Men actress Ntokozo Ngcobo, who landed the role of office manager Carol in the SABC1 legal drama series played the role of Queen Ibanathi in Ifalakhe.

The former Ifalakhe actress Ntokozo Ngcobo reveals that her character Carol in Good Men is Jama’s office manager at Meyiwa and Associates.

“I’ve been trusted to bring the character of Carol to life. Carol has a strong bond with Jama (Pallance Dladla) and the relationship with him is pure of brother and sister. They share a good professional relationship.”

GRACING THE SCREEN WITH LEGENDS IN ‘GOOD MEN’

“The journey has been worthwhile and mere words can never really express my gratitude for such an incredible and unique opportunity. I have no doubt that viewers will enjoy Good Men, which I regard as one of the best to ever happen in the history of South African television.”

Ngcobo adds that she enjoyed how they developed a sense of family with the cast and crew and always had a way of lifting each other’s spirits.

“This opportunity reminds me and assures me that I am definitely in the direction. It came at a time when I was ready to take a break from the industry to focus more on my business and my next book edition.”