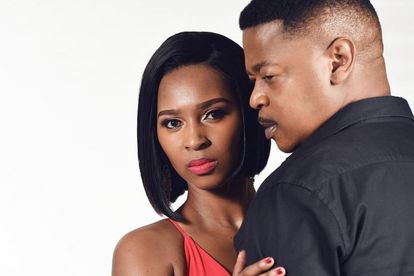 ‘Gomora’ has been renewed for season two. Image via Instagram @lulu_hela

‘Gomora’ has been renewed for season two. Image via Instagram @lulu_hela

Gomora‘s production company, Lulu Hela, confirmed that the popular soapie has been renewed for a second season set to release on 26 April on the Mzansi Magic DStv channel 161 at 19:30.

Producer Lulu Hela excitedly took to Twitter to share the news of Gomora returning for a second season. The tweet received more than 8 300 likes and 575 retweets.

‘Gomora’ started as a ‘passion project’

According to the producer, the soapie started as a passion project and over the last year has gained popularity becoming one of the most-watched television dramas.

“Our passion project, #Gomora has been renewed for Season 2!! Grateful to our exceptionally talented and hardworking cast and crew for creating magic everyday! Grateful to our fans and supporters, thank you for loving our show as much as we do!!” she wrote.

Gomora fans were more than excited at the news and shared their love in the comments section of the post.

VIEWERS IN FOR A ‘TREAT’

As most soapies do, season one is set to end in a climax and lead actors Katlego Danke and Zolisa Xaluva will return for season two with the two main families turning against each other with further shocking revelations. The second season promises to bring betrayal, love and crime.

“Viewers are in for a treat as the storyline looks set to raise emotions even higher as their favourites will find themselves squaring up against each other in this extraordinary tale of two families at the heart of Alexandra,” said director of local entertainment channels at M-Net, Nomsa Philiso.

“Viewers are also in for a big surprise as one of the main characters in the telenovela will die to plunge the two families into chaos, heartbreak and pandemonium,” she added.

WHAT TO EXPECT FROM SEASON TWO

Season two takes viewers to the heart of a court case that will see the stars of the series at odds with each other. Fate finally catches up with Mam’Sonto played by Connie Chiume who orchestrated a hijacking that claimed the life of her son-in-law.

Viewers can also expect to see Glady’s played by Thembi Seete setting out to seek revenge as well as a shocking death that will bring Thati and Melusi closer than ever.

ALSO READ: ‘Everything and More’: Thimna and Libho on their ‘Love Island SA’ win